Now that I have used Lightroom Classic for many years, developing photos from two different camera systems (Canon EOS and Fujifilm X-series), I have realized that Lightroom Classic profiles are the most important setting in the Develop module. That’s because the profile determines the contrast and color interpretation of the photo. It’s the starting point for developing the Raw file. The point you start from is always important as it affects the decisions you make as you work on the file (you’ll see this in action with a practical example below).

Note: This tutorial is written primarily for users of Lightroom Classic and older versions such as Lightroom 6 and Lightroom 5,  but the new Lightroom apps for desktop and mobile also utilize profiles.

Why do Lightroom Classic profiles exist?

In order to understand why we have profiles in Lightroom Classic we have to go back in time. Do you remember the days when all photographers used film cameras and Photoshop was merely a glint in a software engineer’s eye? Many professionals and hobbyists used slide film for the quality and/or commercial requirements. But with slide film (prior to Photoshop at least) there was no way to alter the color treatment after the photo was taken. Color negative film was more flexible as you could alter the color balance when printing. But your options were still limited compared to Raw files or scanned film.

Back then, color treatment was largely determined by the film stock used. For example, many landscape photographers used Fuji’s Velvia slide film because of its fine grain, high contrast and saturated colors. But the color of Velvia was totally unsuitable for portraits. So photographers used another type of film that rendered color more subtly and gave flattering skin tones. The ability to match film to subject was an essential skill. Many photographers experimented with a variety of film types until they found the ones that suited them best.

Early digital cameras had primitive color controls and the result was that every photo from the same camera had the same color treatment. You could adjust the colors if you went deep enough into the menu system but it wasn’t straightforward. Then camera makers made things easier by building color profiles into their cameras, and profiles were born. Profiles are the modern equivalent of using different types of film for different subjects.

Every manufacturer gives their camera profiles a different name.

The Picture Styles available on a Canon EOS camera are Standard, Landscape, Portrait, Faithful, Neutral and Monochrome. Most of these are fairly self-explanatory. Most other manufacturers use variations of these names. Some have some additional options.

When you develop a Raw file, Lightroom Classic lets you apply a profile. Depending on your camera, most or all of the built-in camera profiles are listed as profile options in Lightroom Classic. In addition to that, you’ll see the Adobe Standard profile. This profile is made by Adobe specifically for your camera based on extensive testing using color charts. The same scene photographed by two cameras should look the same if the Adobe Standard setting is applied to both photos (assuming that other color settings like White Balance are also identical).

In Lightroom Classic CC (7.3 or newer) you get more profiles with names like Adobe Color, Adobe Landscape, Adobe Vivid and so on. They have also been moved to the Basic panel.

The earliest versions of Lightroom only had Adobe Standard as a Profile choice. This probably explains why the Camera Calibration panel was placed at the bottom. The profile setting wasn’t overly important as there was only one choice.

So, how much of a difference does the Profile setting make to your developing? Consider this photo, taken in China. I took it with an EOS 5D Mark II, and set the Profile to Camera Standard in Lightroom Classic. This color profile, on Canon cameras, gives saturated reds and good contrast. The result is a colorful, saturated photo. 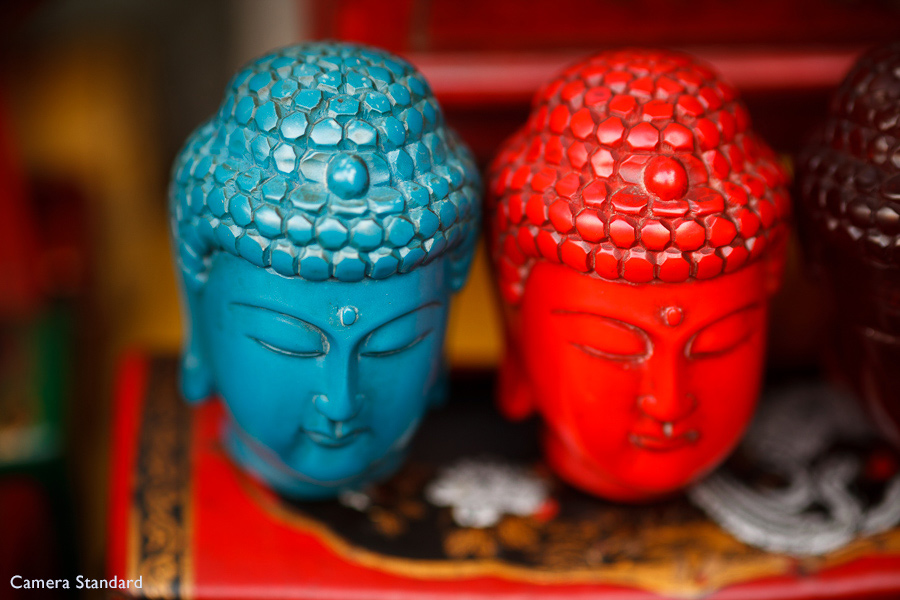 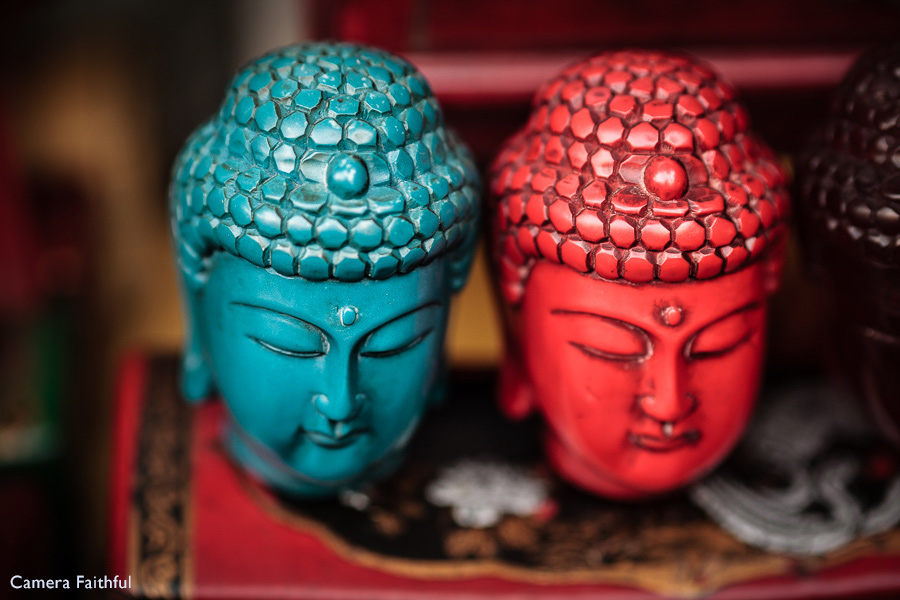 One Raw file, two approaches to developing and two very different outcomes. It all started with the choice of color profile. That set the overall look of the photo – selecting a different profile the second time around sent me along a different developing path.

It’s easy to get into the habit of using one or two favorite profiles, and overlooking the possibilities of the others. This can go on for years, locking you into a certain way of developing photos.

One of the things I like about Fujifilm’s Film Simulation modes (which have the same function as Canon’s Picture Styles) is that Fuji has emulated the look of some of its iconic films. The result is a more subtle approach than Canon, with each Film Simulation having its own qualities that requires a bit more thought from the photographer to match them to subject. It brings color profiles neatly around in a circle back to their origin.

Here are the Velvia and Classic Chrome profiles side by side. The only difference between these two photos is the choice of color profile. 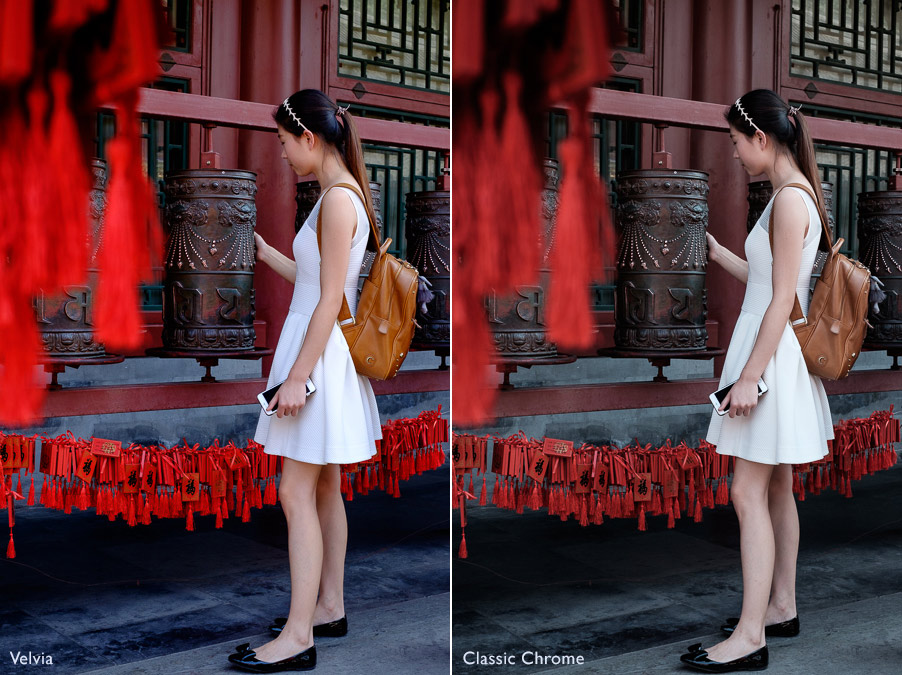 In the end I devloped the photo with the Astia color profile, which gives a far more natural look. You can see it below, compared with the Adobe Standard setting (with increased Contrast as the starting point is so flat) which gives even more subdued colors. 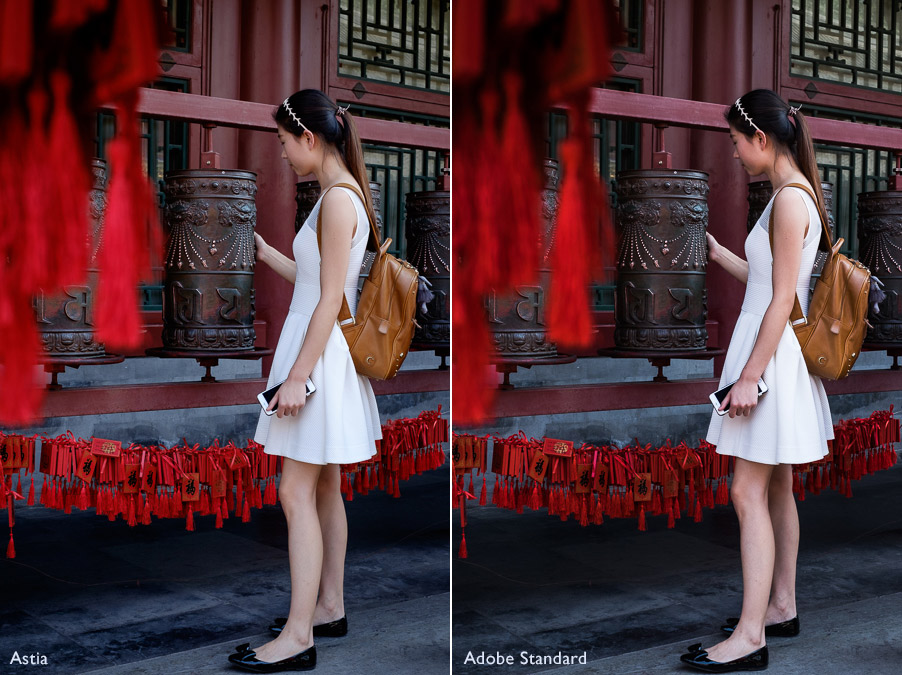 When I look at each version individually in full screen mode in LightroomClassic it’s really hard for me to pick a favorite. Each has its own pleasing, though different, qualities. This shows that color profiles are evolving, and the Canon approach (Standard, Portrait, Landscape etc.) is bit of a blunt instrument by comparison.

So, remember, when you start developing a file in LightroomClassic, set the Profile first. Do it first as it affects contrast as well as color. Then get to work on adjusting the contrast and color settings afterwards.