Landscape photography is one of the best ways to disconnect from the otherwise hectic day-to-day life and it’s the perfect excuse to enjoy spending time in the great outdoors. For some, landscape photography involves hours or even days of traveling while others seek the beauty right outside their front door. Some dream of becoming a full-time professional, while others enjoy it as a hobby. Regardless of your ambitions, the steps involved in learning how to capture great images are the same and something we all need to go through.

In this article, I’ll introduce you to the things you need to know in order to master your camera and start capturing better images. We’ll start with the fundamentals and how they work together, before we look at some simple tricks that can make your images instantly look better. At the end of the article, you’ll hopefully be left with a better understanding of how the basics of landscape photography work and you’ll have the tools needed in order to start capturing beautiful images.

Even though I’ll be focusing on landscape photography, the lessons taught through this article is also relevant for mostly any other genre of photography as well. Regardless of what style or genre you identify with, the fundamentals of photography remain the same; the shutter speed, ISO and aperture will always work the same and impact each other in the same matter. 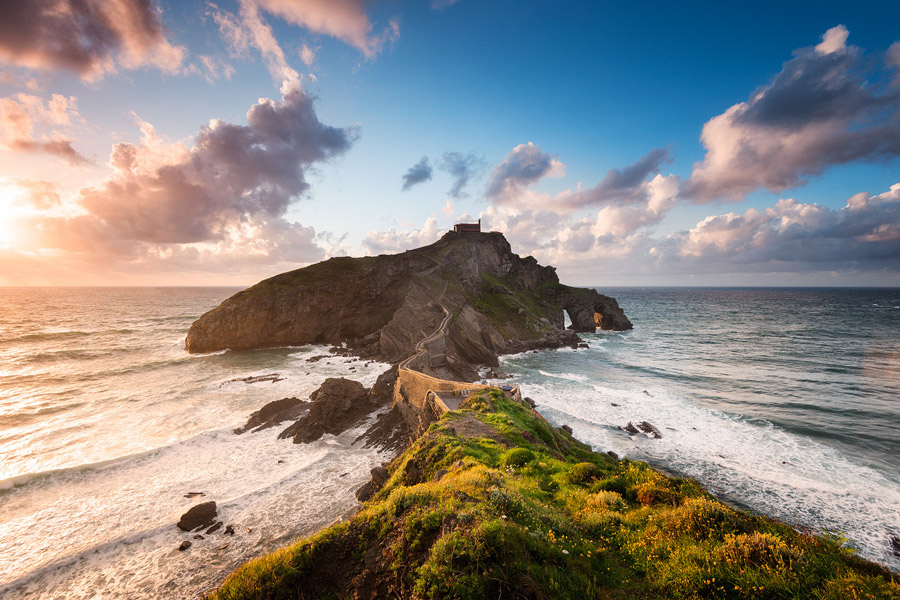 Start with the Fundamentals

In today’s world it seems like anyone with a smartphone and a post-processing software can call themselves a photographer. Many tend to jump straight into advanced Photoshopping and image manipulation before they know how to use the camera. My friend and fellow photographer Gary Randall summarized this beautifully in a post he did a while ago:

… new and beginning landscape photographers who hire me don’t want to learn the mechanics and the operation of their cameras but want to instantly learn luminosity masks and blending, focus blending and perspective blending and other processing techniques.

The biggest favor you can do yourself, regardless of your ambitions, is to start by learning the fundamentals of your camera. Without this basic knowledge, it’s going to be much harder to capture both visually and technically good images and your progress will be much slower. Trust me; when you first learn the fundamental settings and how to use them, your progression will skyrocket. 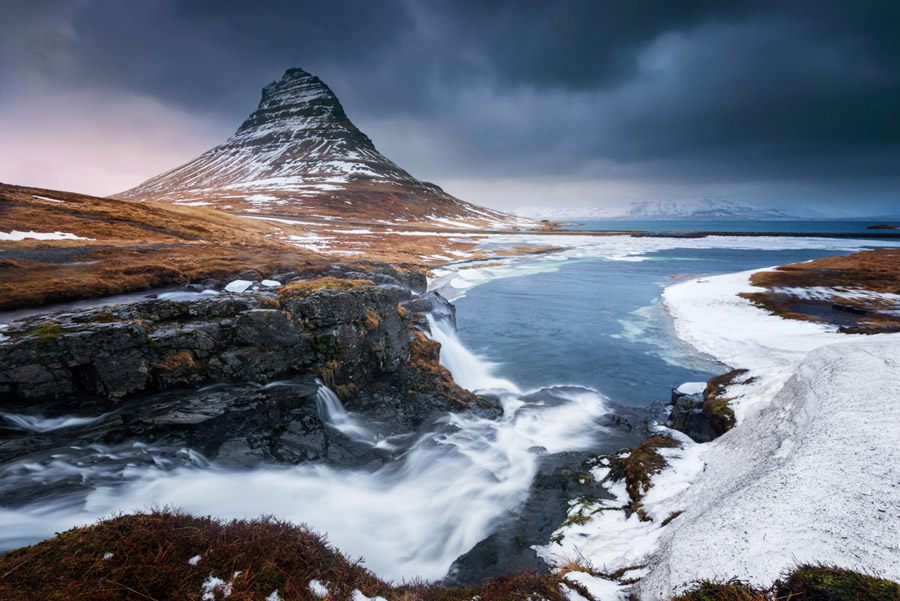 The ISO is the first of three settings you’ll need to familiarize yourself with. Its job is to adjust the camera’s sensitivity to available light; the higher it is (a higher number), the more sensitive the camera is, and vice versa. This means that when using a high ISO, the camera is more sensitive to light and it needs less time to expose an image. However, the higher the ISO is, the lower the quality becomes. Noise and grain are gradually added as you increase the ISO and, depending on your camera, it doesn’t take much before the image quality is visible poor.

I like to compare the ISO with a waterwheel when explaining how it works. When the ISO is low, the waterwheel will slowly spin without dropping any water. With this method all the water is transferred without any loss but the process takes longer. As the ISO increases, the waterwheel starts spinning faster but water is being spilled in the process.

The process might be quicker but there’s a big loss of water, which in photography terms translates to a big loss in quality. 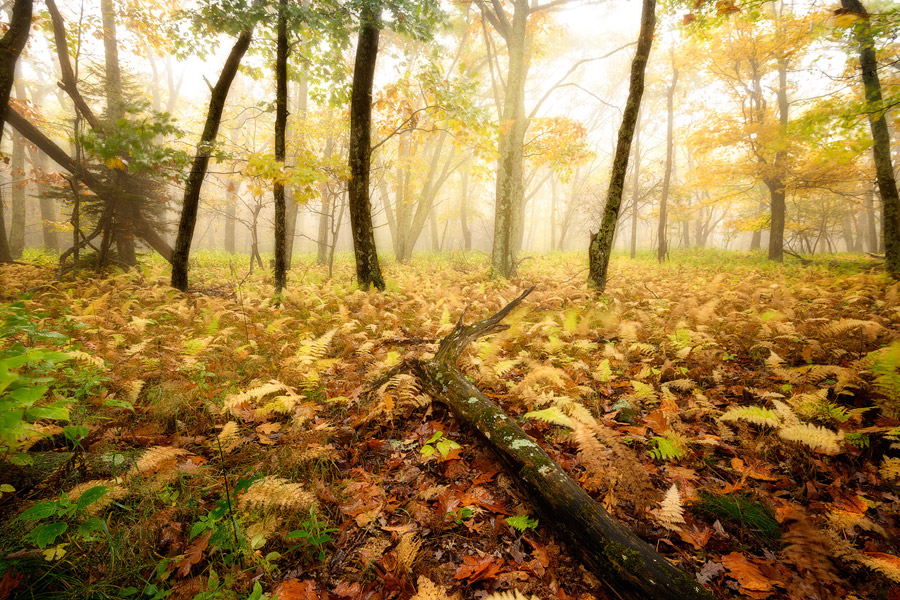 The next setting you’ll have to learn is the aperture. Unfortunately, this is also the most complicated of the three.

Aperture is normally referred to as fstops and it describes the size of the hole that lets light through your lens. By adjusting the aperture, you adjust the amount of light that goes through the lens at the same time. 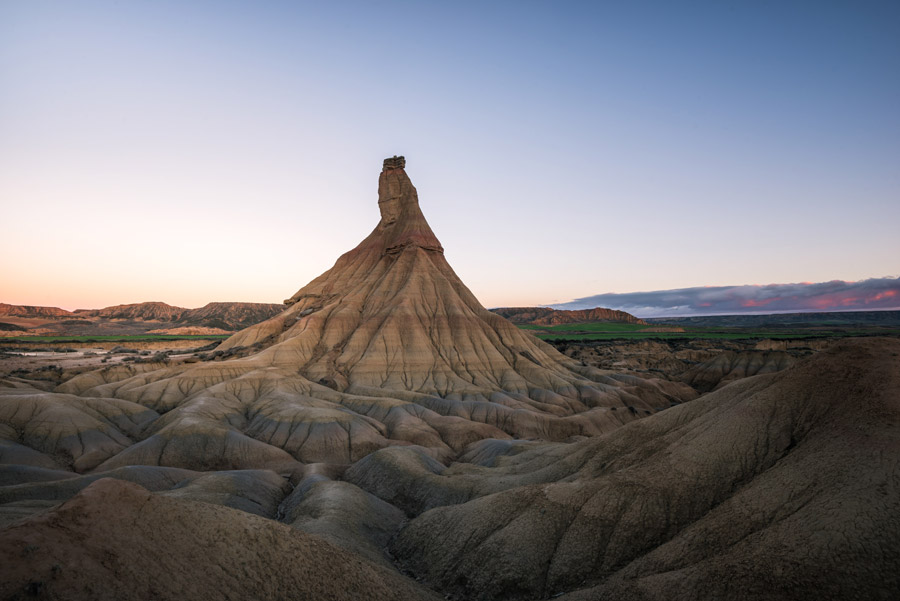 The third and final adjustment we’re going to look at is the shutter speed. This is my favorite to work with and it’s the most visual of the three. A small change in the shutter speed can make a big difference on an image.

I talk more in detailed about how to get creative with the shutter speed in my ebook The Ultimate Guide to Long Exposure Photography but let’s look at the basics and what you need to know about it.

The shutter speed describes the amount of time when the camera’s sensor is exposed to light and it’s measured in fractions of seconds and seconds. A larger denominator such as 1/1600 second is a quicker shutter speed (less light is let through) than a shutter speed of 1/3 second. Most cameras have a maximum shutter speed of 30 seconds but allow you to enter Bulb Mode; the camera takes an image as long as the shutter button is pressed.

There’s no correct shutter speed for landscape photography. Since it’s the most visual setting, I suggest you play around with different shutter speeds and see how it impacts the image. Just remember, when you’re using a slow shutter speed you need to use a tripod – if not the image will become blurry and you’ll see the camera shake.

Learn more: How to Do Long Exposure Photography Without Filters 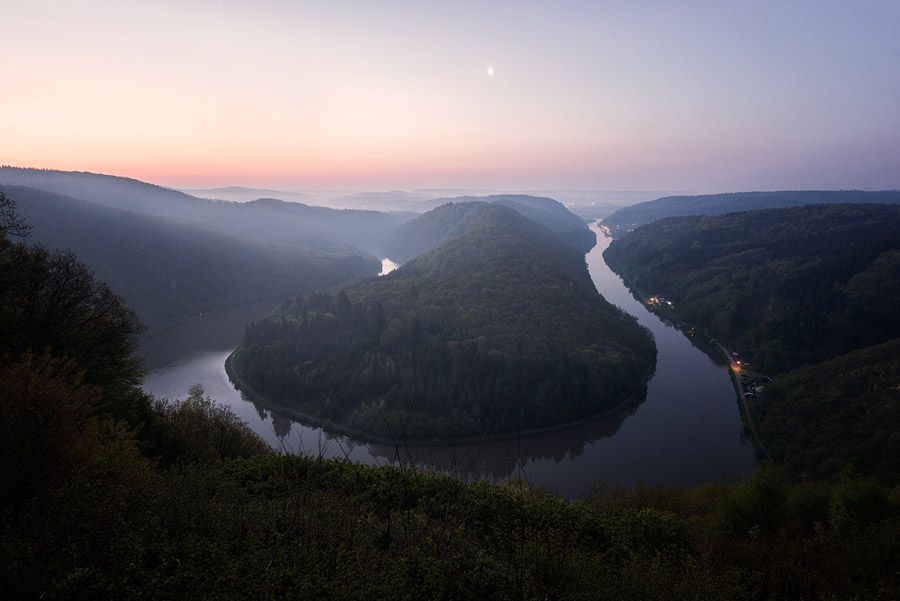 A lot can be said about the rules of composition but I want to keep this brief and as easy to understand as possible. I generally dislike calling it rules and I choose rather to look at them as guidelines. There’s a reason that the compositional guidelines we’re going to look at exist and you will see a big difference in your photography once you become aware of them.

That being said, I do believe that you should only use these rules as guidelines and know when to break them. Seeing an image that obviously follows them can be just as displeasing as an image that breaks all rules without succeeding. Experimentation is the key and I strongly suggest that this is where you place your focus once you’ve mastered the fundamental settings.

The rule of thirds and the golden ratio are the two guidelines you should familiarize yourself with when beginning on work on your compositions. Both are rather simple guidelines that have the power to make your image more visually pleasing.

Learn more: Beyond The Rule of Thirds 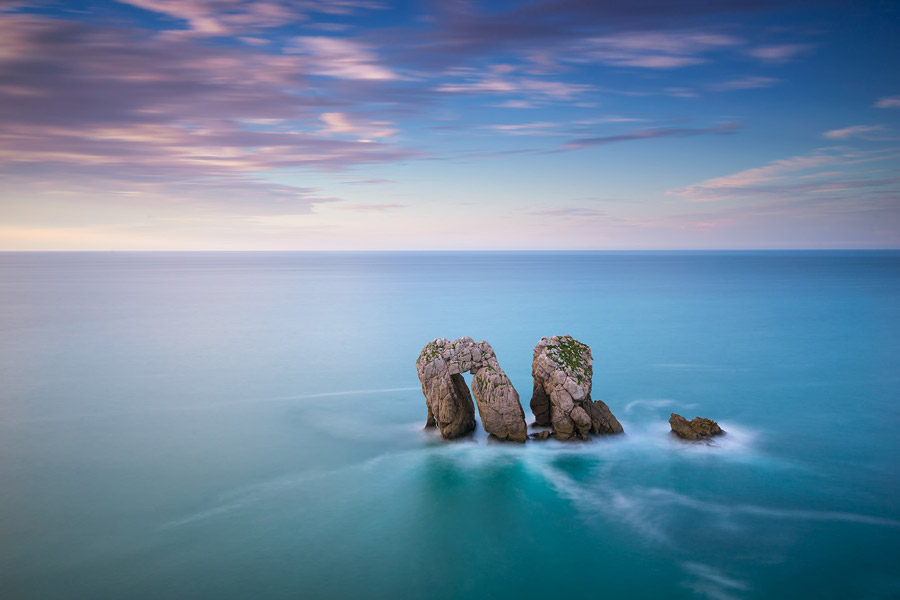 Light is an incredibly important factor in landscape photography; in fact, it’s the most important. Without light, there’s no image. ‘Nice light’ is a saying you’ll often hear in the world of photography but what exactly does that mean? Is there good light and bad light?

Most landscape photographers prefer photographing during the golden hours; the hours around sunrise and sunset. During this time of the day, the sun is in a low position on the sky, creating a soft glow on the landscape – it’s also during this hour you can be treated with some nice colors in the sky. As the sun rises to a higher position on the sky, the light becomes harsher and it’s not as ideal for photography. If you look at a handful of images from some of your favorite photographers there’s a good chance that a large portion of those images are captured during the golden hour.

That being said, the hours around sunrise and sunset aren’t the only time of the day you can capture beautiful images. Good light can be found everywhere and it’s only a matter of finding a subject that benefits from the current light. However, besides the golden hours there’s a few other scenarios where you’re likely to get some good results:

Foggy and gray days can be good for capturing moody images. There’s not much I enjoy more than a hike in the woods when the fog is thick; there are images waiting to be captured around every corner.

Cloudy days are perfect for both grand landscapes and waterfalls. As the clouds cover the sun, the light becomes slightly softer and it will remove a lot of the unwanted reflections and glares from a river/waterfall.

Valleys and gorges rarely get the morning light so if this is what you’re photographing you’re better off waiting until the sun is at a higher position in the sky.

While being in the field during sunrise and sunset is one of the easiest steps you can take in order to capture great images I strongly recommend that you continue shooting in all kinds of conditions. Once you start learning how the light behaves, you’ll get better at seeing how the light impacts different subjects in the scenery around you. 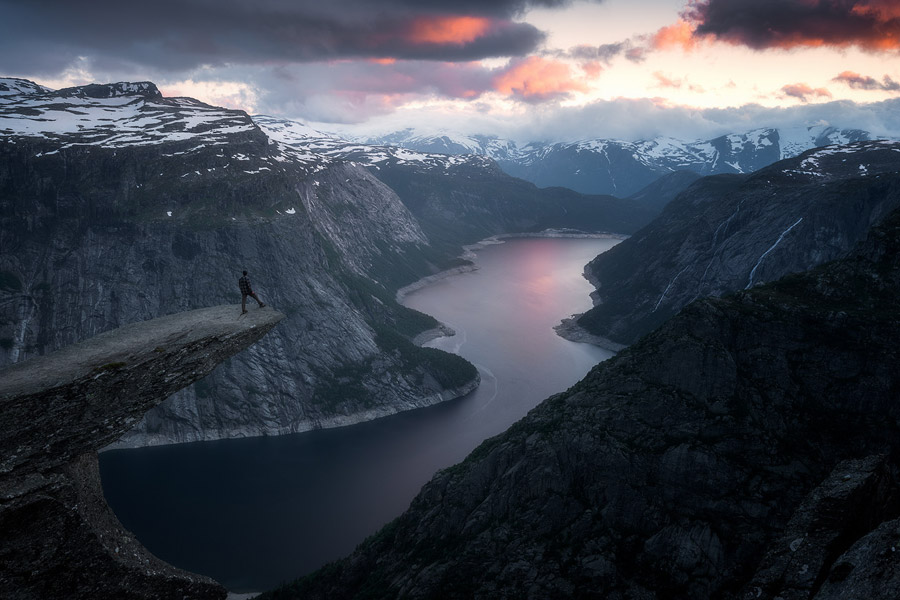 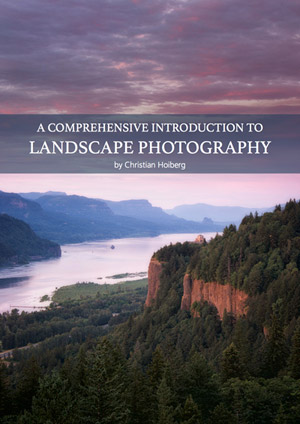 A Comprehensive Introduction to Landscape Photography

In my latest ebook A Comprehensive Introduction to Landscape Photography I go more into depth with the topics covered in this article as well as look at other crucial techniques, settings and ideas that you should know when getting started with photography. I also include two case studies where we pull together all the information shared in the ebook to look at how two of my images were created.