Photographic composition is a complex topic and there are lots of techniques to learn. But sometimes it’s easiest to keep things simple. Here are four composition techniques you can use to improve your photos right away. None of them are complicated to remember, and if you can put them all into practice then you’ll see a dramatic improvement in the quality of your photos!

Composition technique #1: Go beyond the rule of thirds

The rule of thirds is basic composition theory and it’s important to what it is and why people recommend you use it. But the mistake some photographers make is using the rule of thirds all the time and never learning anything else about composition.

For example, take a look at the photo below. 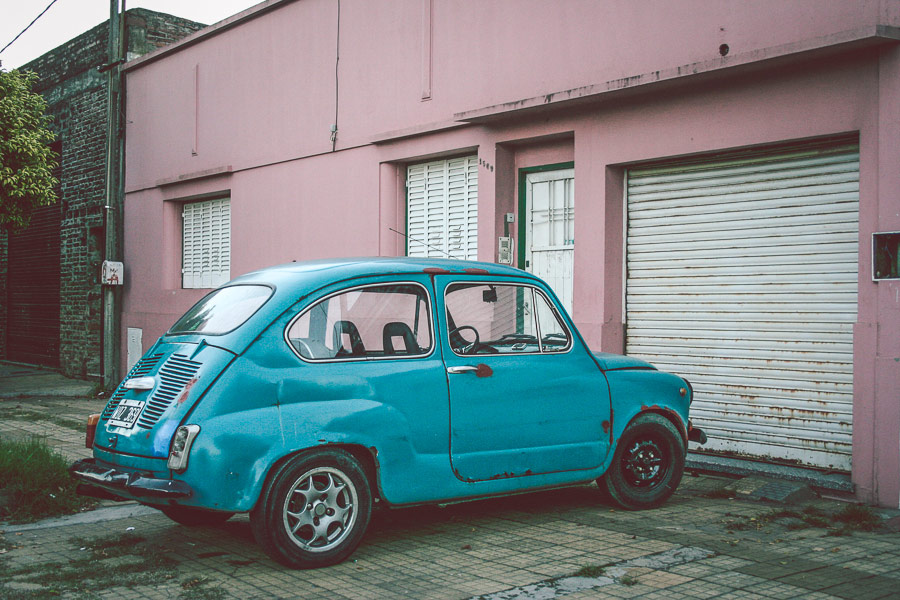 If we lay a grid on top we can see that the photo is composed in accordance with the rule of thirds. The car is positioned in the bottom third of the photo and covers two of the intersection points. 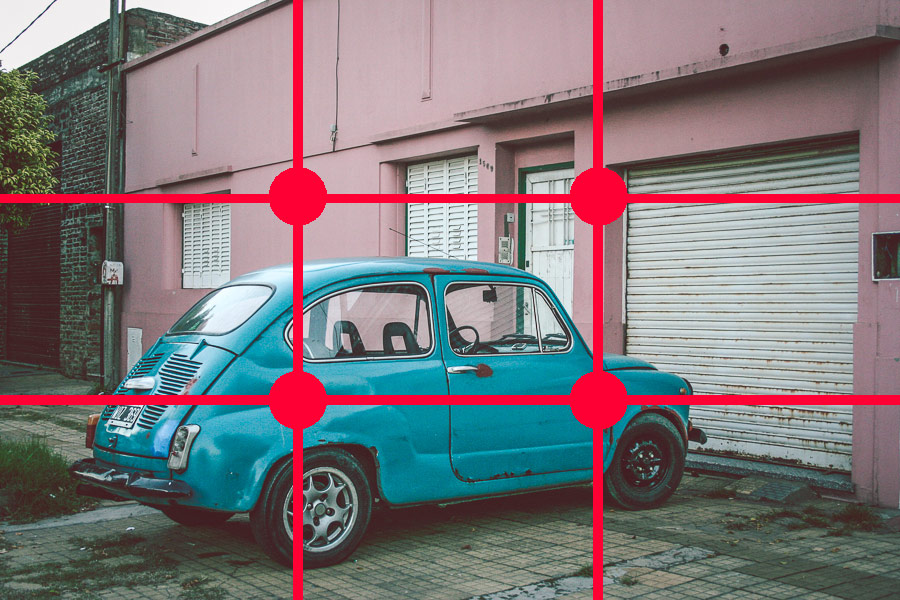 But is the rule of thirds the only principle of composition used in this photo? No, it isn’t. Let’s look at the other factors. 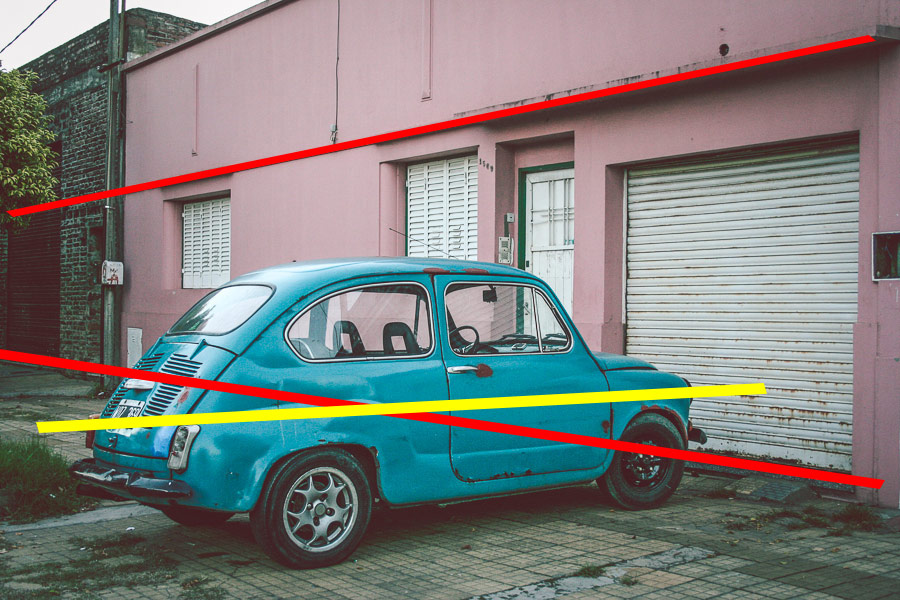 As you can see there’s much more happening in this photo, from the point of view of composition, than simply placing the car on a third. Once you start to recognize these ideas and understand how they work you can use them in other photos.

Foreground interest is the term used to describe something interesting to look at that appears in the photo’s foreground. It’s most commonly used in photos made with wide-angle lenses.

I deliberately composed the photo below, made with a 14mm lens (on an APS-C camera) to include part of another stone jetty, so that there is something interesting in the bottom third of the frame. It makes the composition more interesting by giving the eye two focal points to move between – the jetty and lighthouse in the distance, and the concreted surfaces in the foreground. 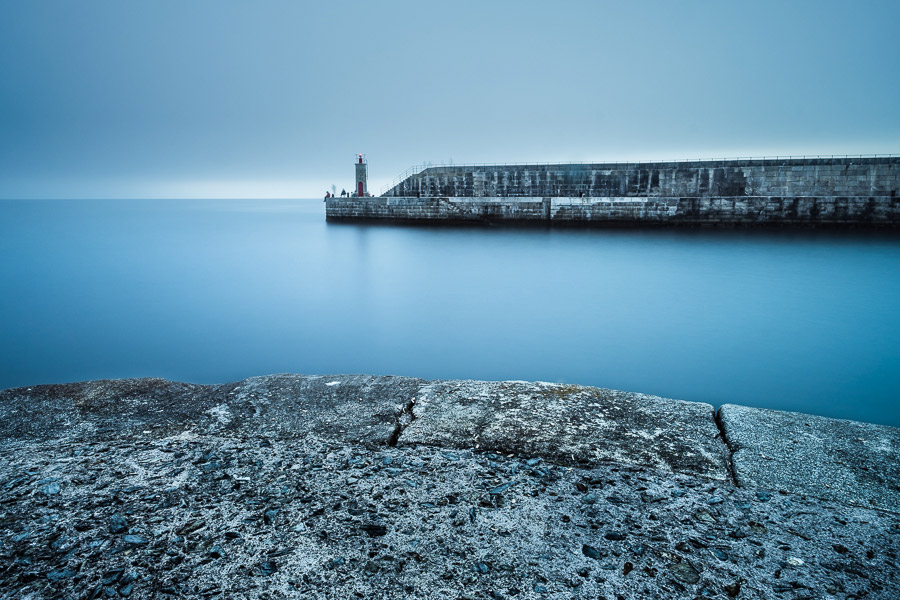 This technique also applies to documentary and travel photos made with wide-angle lenses.

I made the following photo with the same 14mm lens. I moved in close to the man’s wok so that it filled the foreground, creating interest but also telling a story about the scene by providing context and showing the viewer what the man was doing. 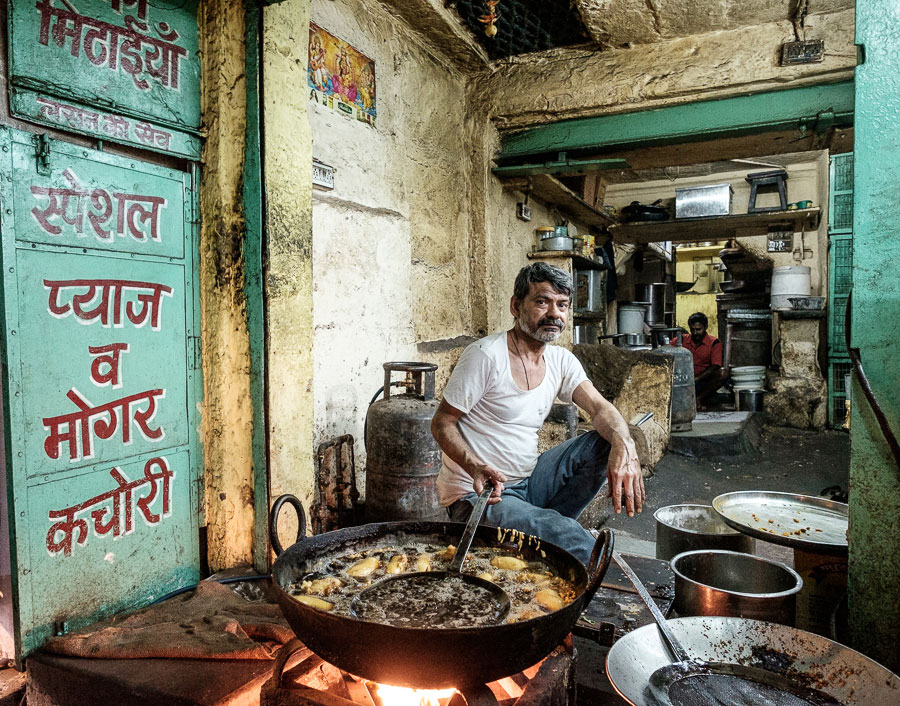 Background is another important element of storytelling. In the photo above of a man cooking with a wok we can also see lots of detail in the shop behind him, from the gas cylinder through to the man in the background. These give the viewer something interesting to look at and contribute to the story by providing context, atmosphere and a sense of place. The details are an interesting and important part of the photo.

Here’s a photo that is similar in theme (people cooking in the street) to the previous one, but made in China rather than India. I made this photo with a 58mm lens, which is a short telephoto on my APS-C camera, and a wide aperture of f1.2 to blur the background. This has the effect of blurring a potentially fussy background, but there’s still enough detail to create a sense of place and provide context. 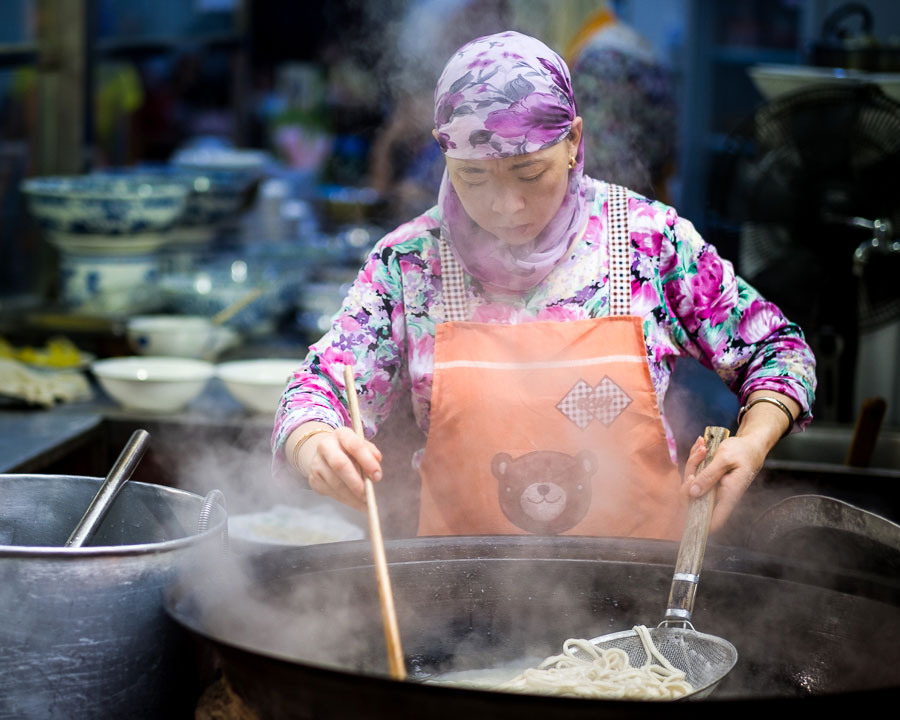 You’ll make great improvements to your photos by thinking about the background, taking care to make sure it suits the subject of the photo, and deciding how sharp or how blurred you want it to be.

Working the subject means that you take as many photos as you can until you’ve exhausted all the creative possibilities. Sometimes you only need to take three or four photos for this to happen. At other times you may take 20 or 30.

Either way, the idea is to explore different viewpoints and compositional possibilities. Try different points of view, different focal lengths, and maybe even different aperture and shutter speed settings to see if you can make a better composition.

A good question to ask yourself is, “How can I make the photo more interesting?”

This is where you can think through some of the concepts discussed earlier in the article. Perhaps you need to pay more attention to the background. Maybe you need to include some interesting foreground detail.

Perhaps the photo would benefit from including some diagonal lines or atmospheric color combinations. The answers depend on the subject and how much time you have to explore it.

To give you the idea, here’s a sequence of four photos I made of a historical building, from different points of view and with two different lenses. 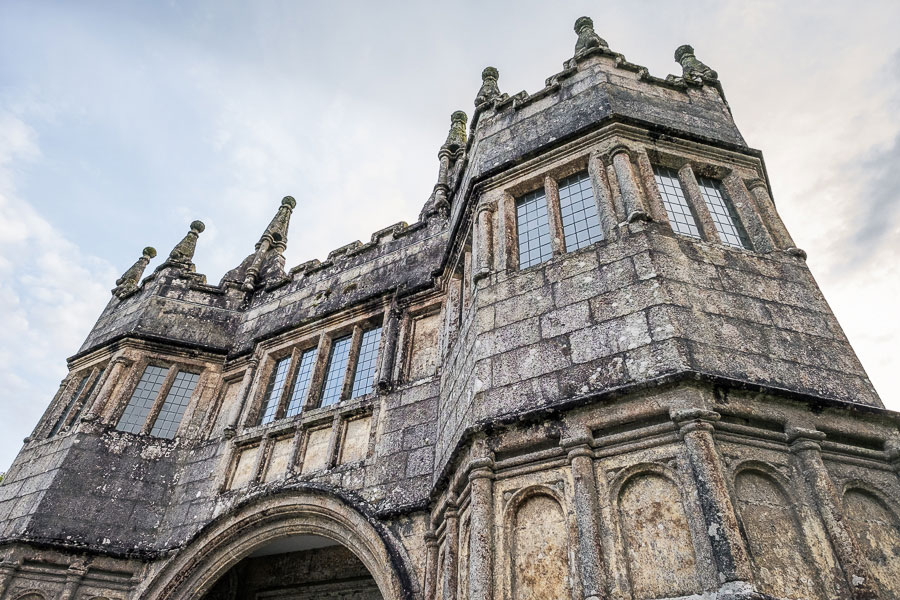 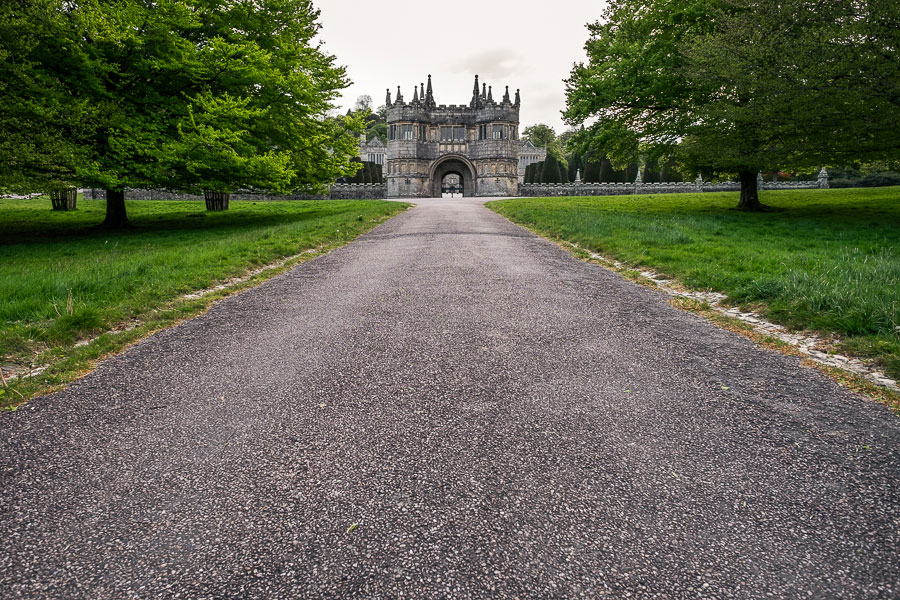 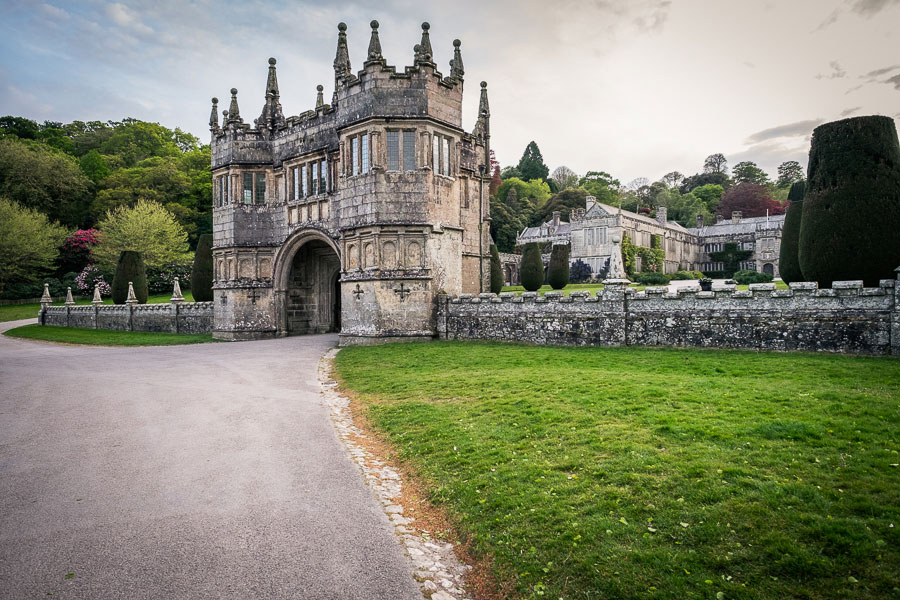 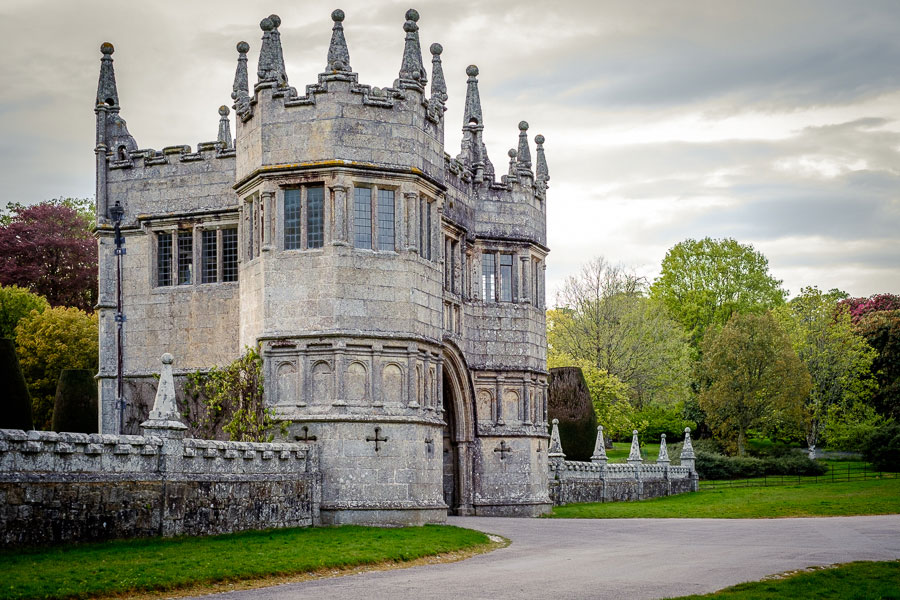