In my ebook Mastering Composition I was careful not to criticize the rule of thirds too much as I’ve received criticism for that in the past. It’s a surprisingly emotional issue and I don’t understand why some people (hopefully a minority) get so worked up about it.

Most of you will be familiar with Michael Freeman, a prolific photographer and author who wrote one of the best books about composition you can buy in The Photographer’s Eye. I subscribe to his newsletter and in one issue he wrote a little about the rule of thirds.

Here’s some of what he has to say.

“…we’re doing photography, not engineering, and rules are designed to make things accurate, predictable and repeatable—pretty much the opposite of what you’d want from an interesting, surprising photograph.”

“…this rather silly instruction to make divisions a third of the way into the frame has been followed with mediocrity by artists and photographers who lack imagination.”

“It should be obvious that if all photographs were composed like this, they would just be similar and boring.”

“It’s probably the worst piece of compositional advice I can imagine.”

That’s a fairly comprehensive dismissal of the rule of thirds.

You can read the full newsletter here. If you’d like to subscribe to Michael’s newsletter you can do so by clicking the Subscribe link at the top of the page. 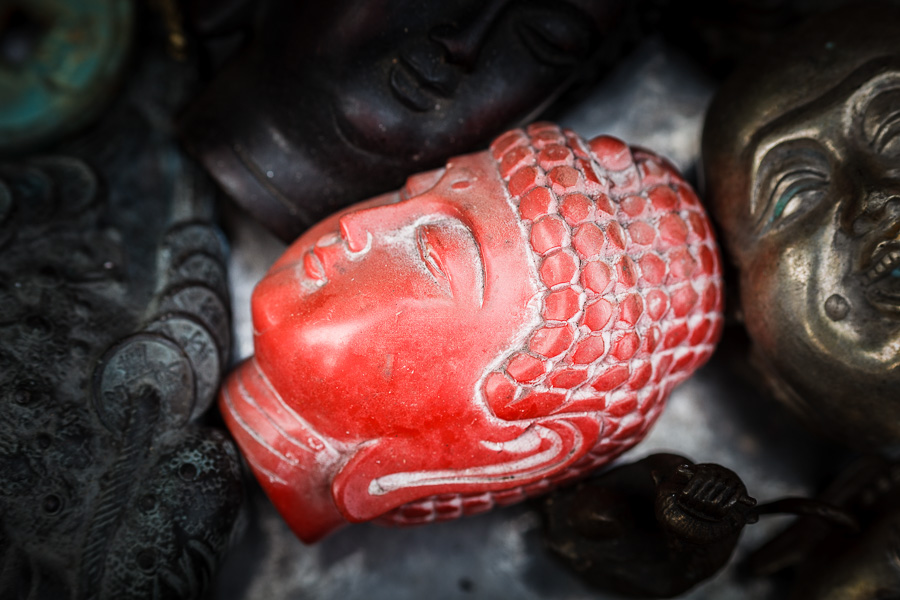 Alternatives to the rule of thirds

So, if the rule of thirds is useless, what is the alternative?

The rule of thirds is really about composition and placement. The question is in which part of the frame should you place the main focal point (or points) of your photo? The ideal placement depends on many factors, including the balance of the various elements you have chosen to include in the frame, and the visual relationships between them.

The only way to gain an understanding of these factors is to read as much about composition as you can, and then to think about what you have learnt when you’re creating photos. With digital cameras, it is easy to work the subject and take several photos with the main subject in different parts of the frame.

You should also spend some time looking at and analyzing the work of photographers like Steve McCurry (who I mention a lot in relation to composition because he’s so good at it). It’s a learning process, and your eye for what makes a good photo will improve with time.

A deeper analysis of the rule of thirds

I’ve always taken an instinctive approach to composition. I tend to have a feel for when something looks right through the viewfinder and go with that rather than over-analyze what I see. So I thought it was about time that I took a good look at some of my favorite images to see what was going on beneath the surface, in terms of composition. And when it comes to the rule of thirds, I’ve realized that I don’t use it – and why.

The danger of the rule of thirds is that it makes photos look formulaic. It works sometimes, but not all the time. When it does work it seems to me to be more through good fortune than anything else. You could pick any spot at random within the frame and sooner or later you will find a good photo with a focal point at that spot. That doesn’t mean that every photo should be composed the same way, and it doesn’t make it a rule.

The golden section and the rule of thirds

So, where does the rule of thirds come from?

It’s a simplification of the principle of the golden section – a compositional guideline used by some artists (and certainly not all) throughout the ages since the time of the ancient Greeks. These artists don’t place focal points or horizons on a third, they place them according to the golden section. It’s close, but it’s not on a third. And that’s all the rule of thirds is – an approximation of a guideline used by some artists.

A holistic approach to composition

My suggestions is that you move beyond the rule of thirds and apply an holistic approach to composition. Consider how all the elements within the frame work together to create a pleasing composition. Develop an instinct for good composition by taking photos and looking at the work of other photographers.

The important thing is not so much the placement of each element, but the relationships between them and other parts of the photo, including any negative space. The correct place for a horizon, for instance, is not necessarily on one of the thirds. It depends on what you want to show in the photo, how much space other elements need, and how interesting the sky is.

The thing that many photographers miss is this. If you compose to the rule of thirds as an end in itself you won’t take any of the other principles of composition into consideration.

Here is a randomish selection of some of my favorite photos. Each one is also shown with a grid overlay so that you can see how close it is to the rule of thirds. I’ve chosen these images because they are ones that I like, not because they conform or don’t conform to the rule of thirds. It would be easy to choose photos that don’t – but that’s not the point of the exercise. The idea is to look at photos that work and see if I can figure out the reasons why. You can do this with your own photos, or photos taken by other photographers. 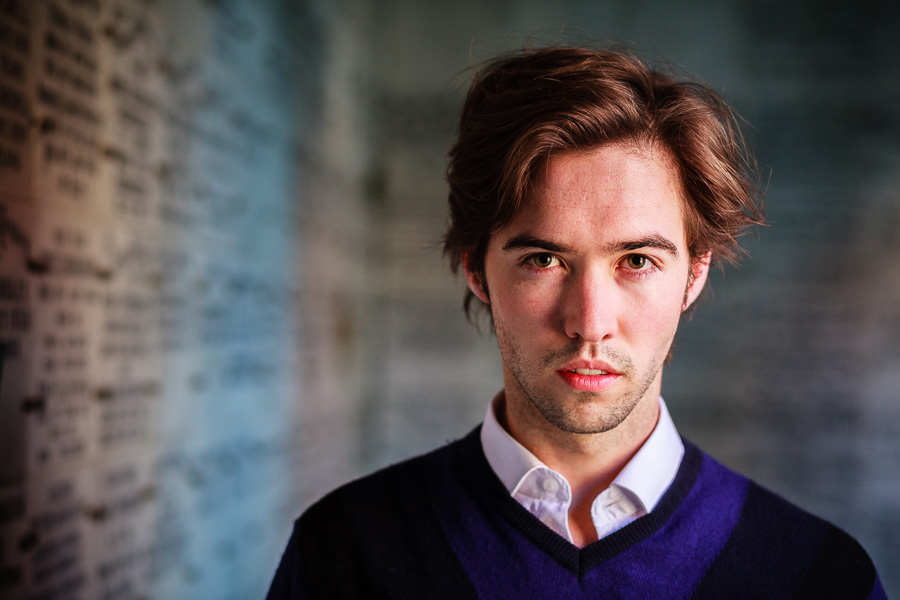 This is an interesting photo to analyze because the model’s face is positioned close to a third. But I wasn’t thinking of that when I composed the portrait. I was concentrating on the compositional balance between the model, whose eyes are the focal point of the photo, and the background, which is blurred because of the aperture used (f2.8). If the background had been different I may have placed him in another part of the frame. 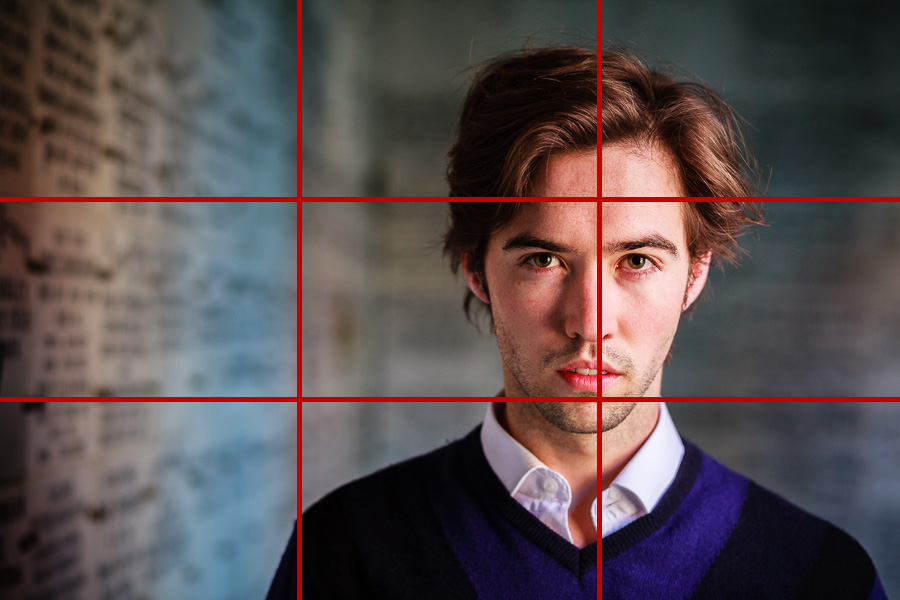 Photo 2 – Boy in the Forbidden City 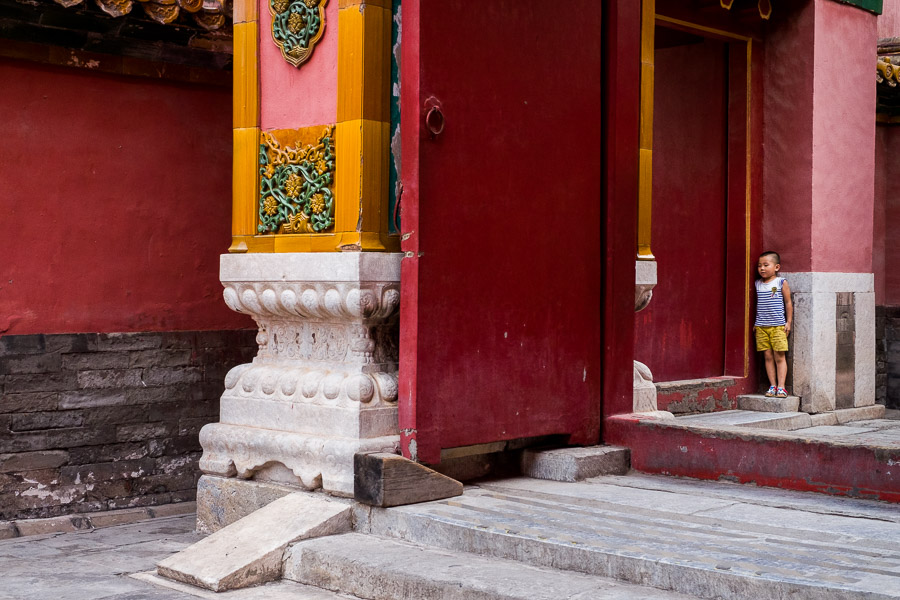 I sat down for a rest while walking around Beijing’s Forbidden City. I waited with my camera and made photos as people passed by. After 15 minutes or so this boy ran into the scene and hid behind the doorway, waiting for his family to walk through.

The boy is positioned near the edge of the frame. The photo is framed the way it is because of what you don’t see. If I had moved the camera to the right, which is what I would have had to do to position the boy on a third, then there were people to the right who would have ended up in the photo.

If I had moved the camera to the left, I would have cut off the pillar on the right-hand side. 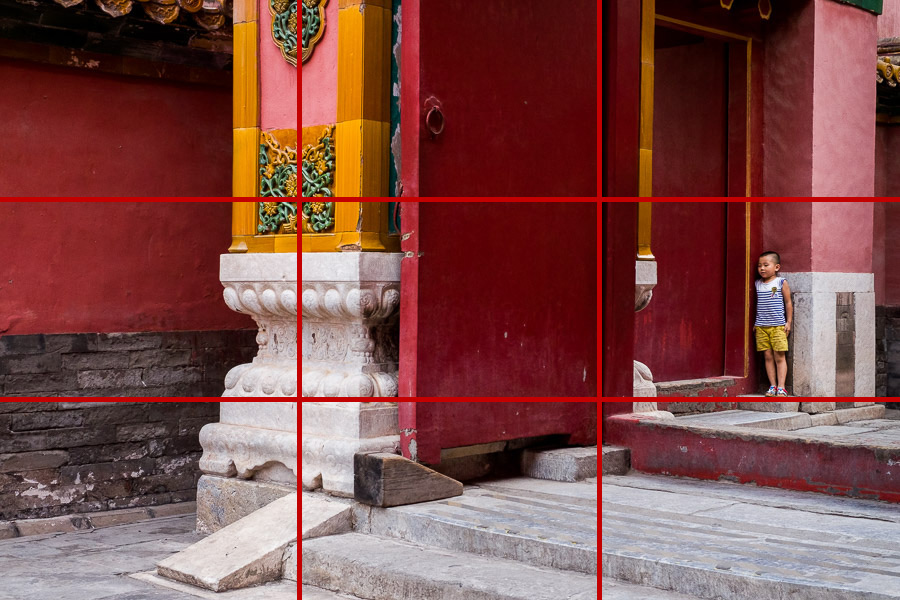 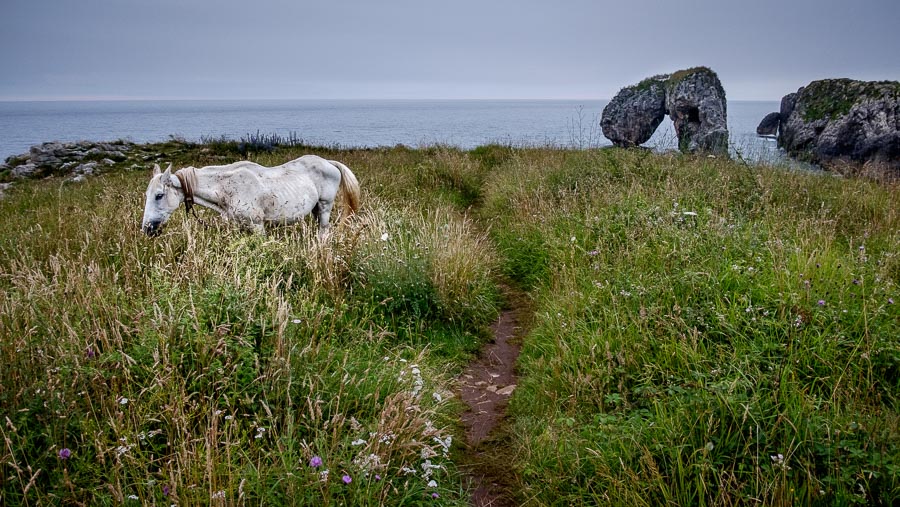 This photo is different from the previous ones in that it has two focal points – the horse on the left and the rock arch on the right. The eye moves between them as it explores the image. I guess you could say that they are placed on thirds (they are fairly close).

But what about the horizon? It’s quite close to the top of the frame. The reason for that is because the sky was grey and featureless, so I wanted as little of it in the frame as possible. I also wanted to include the flowers you see in the foreground. If I had tilted the camera up to include more sky and place the horizon on a third, then I would have cropped out the flowers. 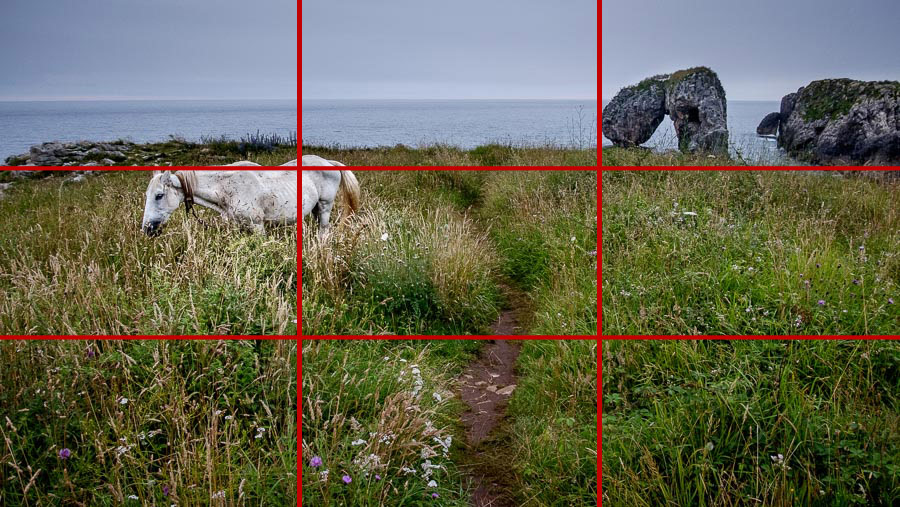 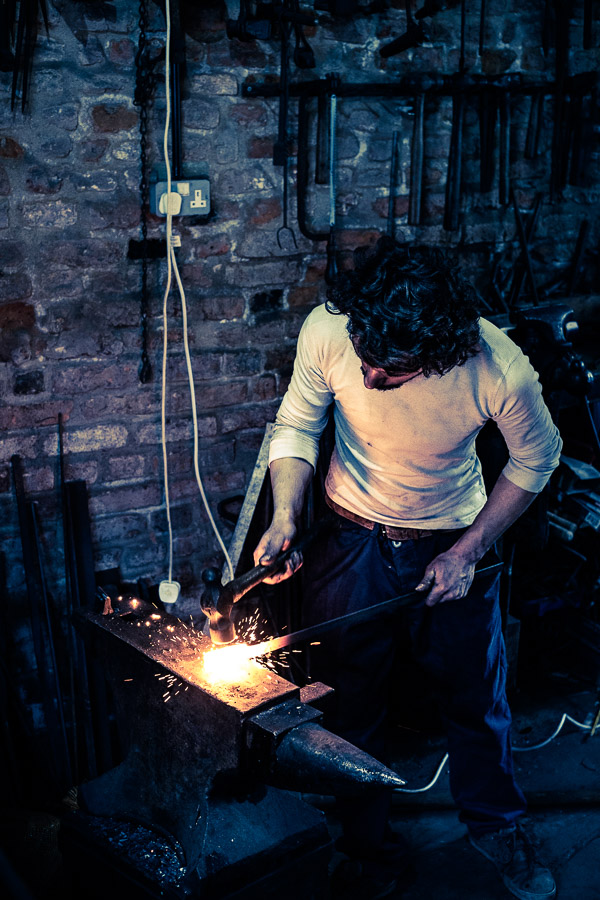 This is another photo with two focal points – the face of the blacksmith and the molten metal he is about to hit with the hammer. Both are close to the vertical thirds. But this was not my consideration when I composed the photo. It was important to me to catch the moment when the hammer hit the metal and made sparks fly out. I also wanted to include the anvil and the tools on the wall behind him as they are an important part of the story. 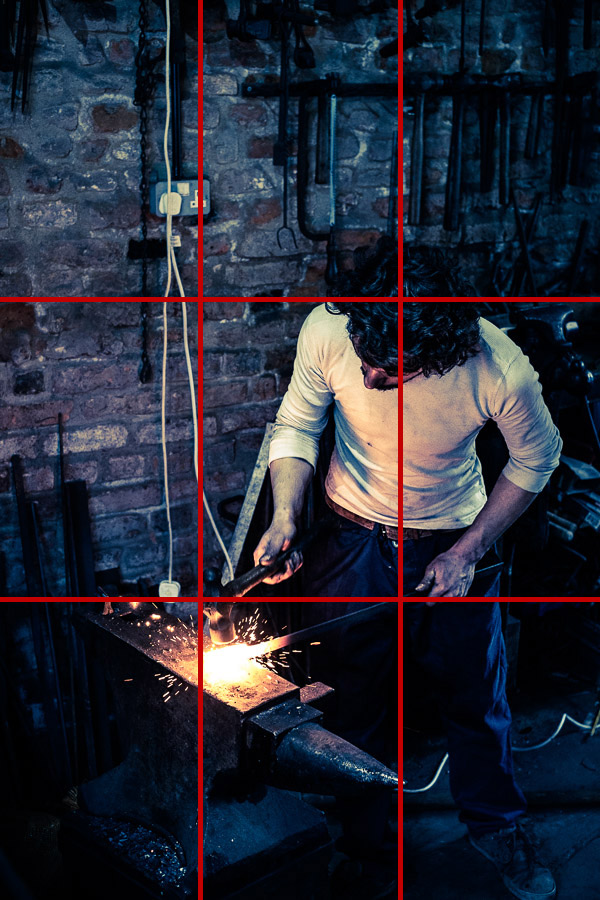 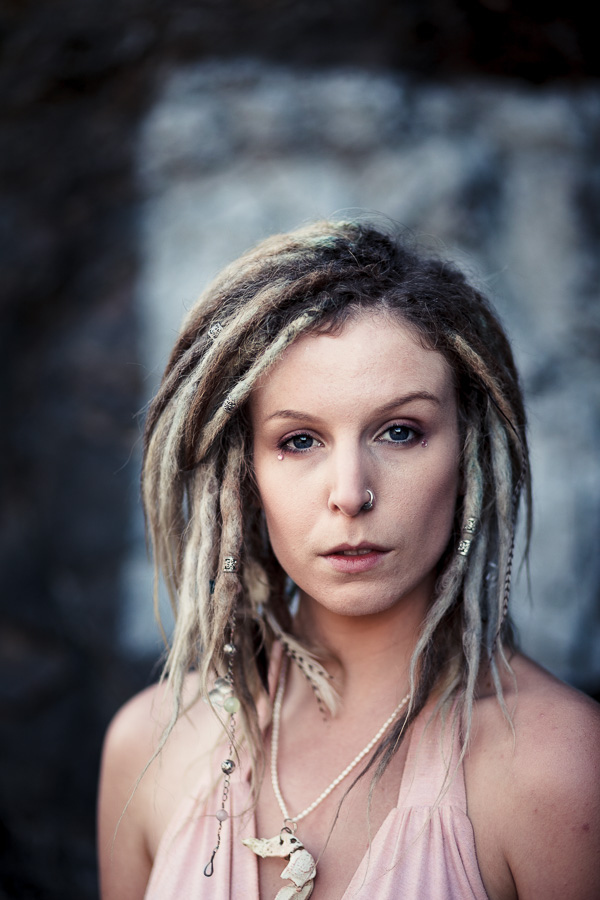 The model’s face is very close to the center of the photo. In this portrait I had asked her to stand in front of a gray cliff with a white square painted on it. I have no idea why somebody had done that, but it made the portrait more interesting. I aligned the photo so the model’s face was framed by the out of focus square. If I had tilted the camera down to place the model’s eyes on the top third, I would have cut the top of the square off. 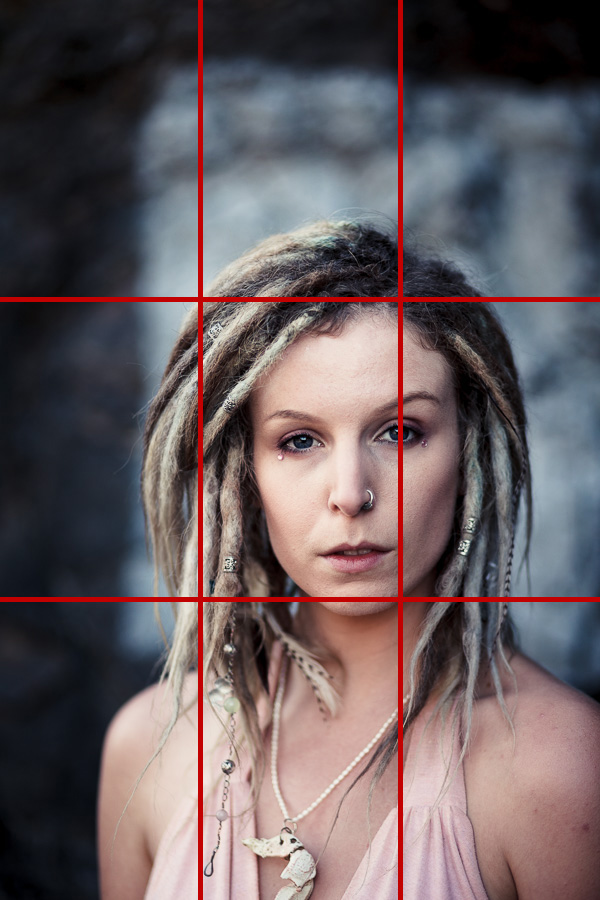 The point of showing you these photos and with a rule of thirds overlay is to demonstrate that I was looking beyond the rule of thirds at other rules of composition when I made them. I didn’t think about it, even in the images where the subject falls on a third. For me, composition is all about the relationships between the various elements in the photo, and the overall balance. These are the factors that ultimately determine where I place the main focal point.