Black and white portraits have a timeless quality that capture the model’s expression and character. Working in black and white is challenging, especially if you are new to it, but it needn’t be daunting. The tips in this tutorial will help you create powerful portraits that see deep into the model’s soul and reveal hidden aspects of their character.

There are many aspects to good composition, but two of the most important in a black and white portrait are tonal contrast and texture.

In portraiture more tonal contrast isn’t necessarily better. The reason for this is that a lot depends on the color and tone of your model’s skin.

If you have a model with fair skin, then you can place her against a dark background, creating a photo that has high tonal contrast. You can see an example of this in the portrait below. 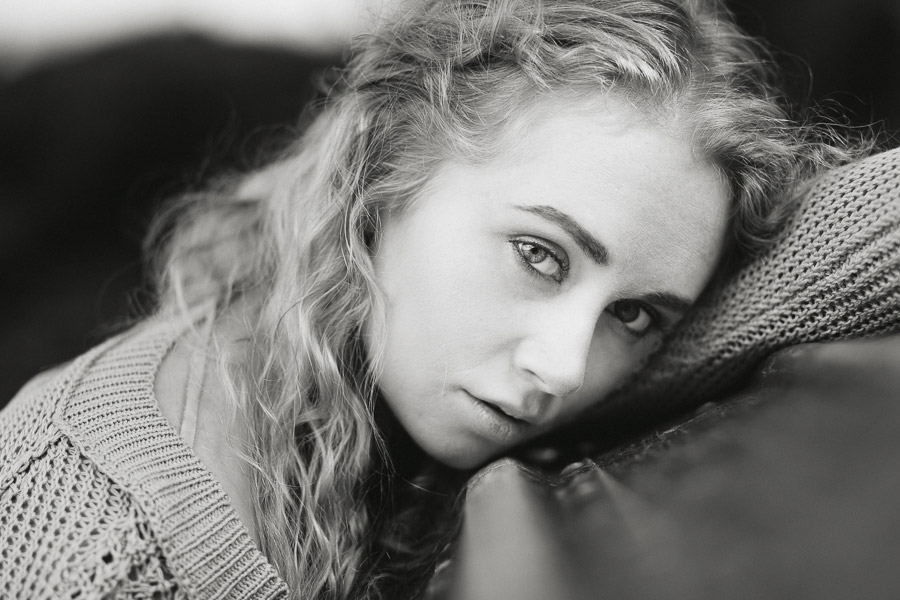 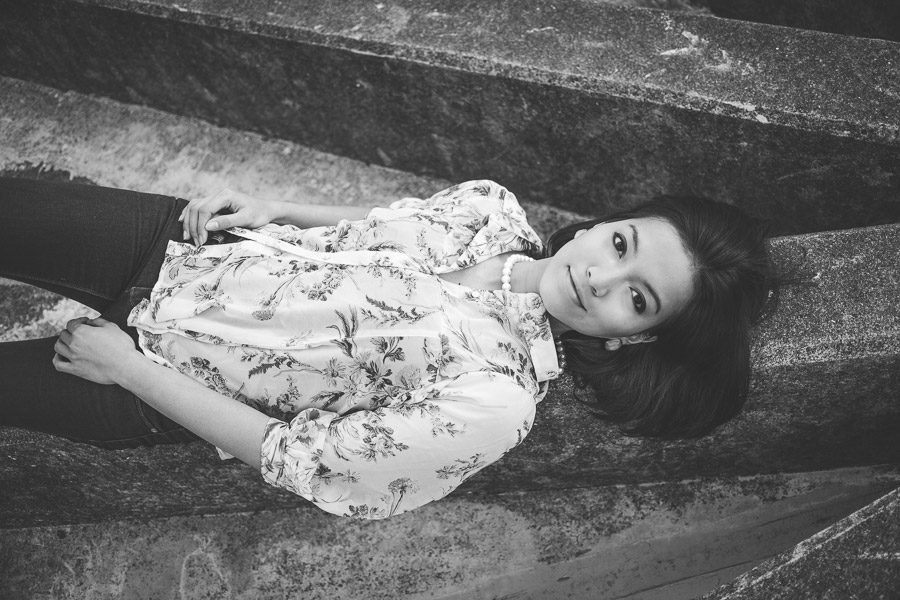 But there is tonal contrast elsewhere, created by her light colored shirt. The light tones of her clothing lift the photo and use tonal contrast to create visual interest, but in a different way.

The key is that you have to be aware of the tones within your portrait and find a way of making the composition work. You also need to be aware that skin comes in many different colors and tones. The color of your model’s skin impacts the tones in the portrait once the photo has been converted to black and white in Lightroom.

When making black snd white portraits you need to ignore colors and see the scene in terms of highlights and shadows, or light tones and dark tones. An easy way to do this is to switch your camera to shoot in monochrome mode. Make sure you have image quality set to Raw in case you ever decide to develop a color version of the portrait (Raw files retain the color information).

In monochrome mode, a digital SLR displays your photos in black and white when you view them on the camera’s LCD screen. This will help you see whether the composition is working in black and white, and how the colors in the scene translate to gray tones.

If your camera has an electronic viewfinder it will display the scene in black and white before you even take the image, making it even easier to see tonal contrast.

Texture in black and white portraits

Texture is also important when shooting in black and white. If your model has smooth skin, you might like to place her against a rough background to emphasize the difference in texture. You should also pay attention to the textures in your model’s clothing.

In the portrait below, the model’s smooth skin contrasts with the rough texture of the concrete wall she is leaning against. 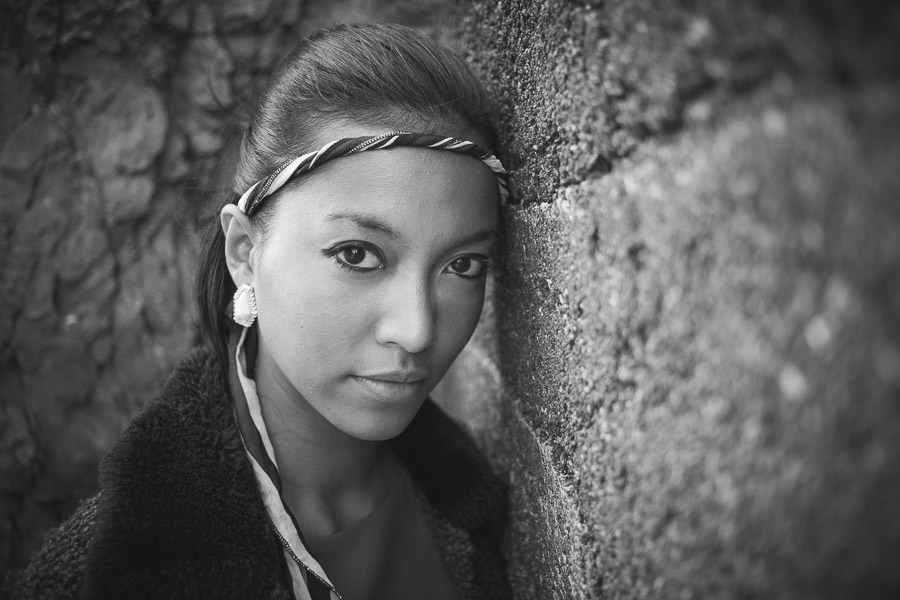 Conversely, in portraits of men you can consider emphasizing the texture of the model’s skin using techniques such as adding Clarity in Lightroom. 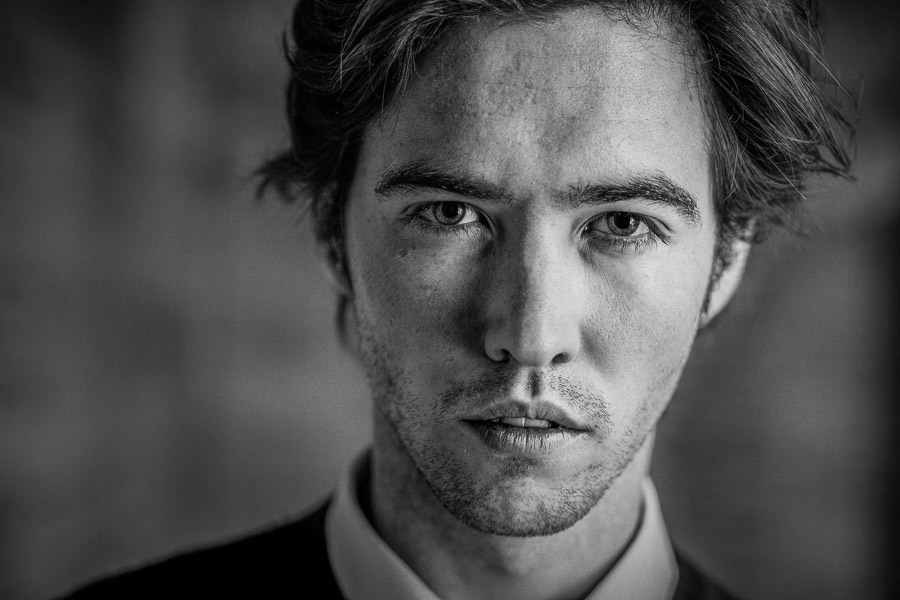 Taking the simple approach means keeping backgrounds as uncluttered as possible. Don’t be afraid to move in close and use a wide aperture to throw the background out of focus. Simplifying the composition like this removes distractions and emphasizes your model.

Don’t forget that black and white itself is a form of simplification because it removes color from the scene.

For example, I kept the composition of the portrait below simple by using a short telephoto lens (85mm) and a wide aperture (f2.5) to blur the background. 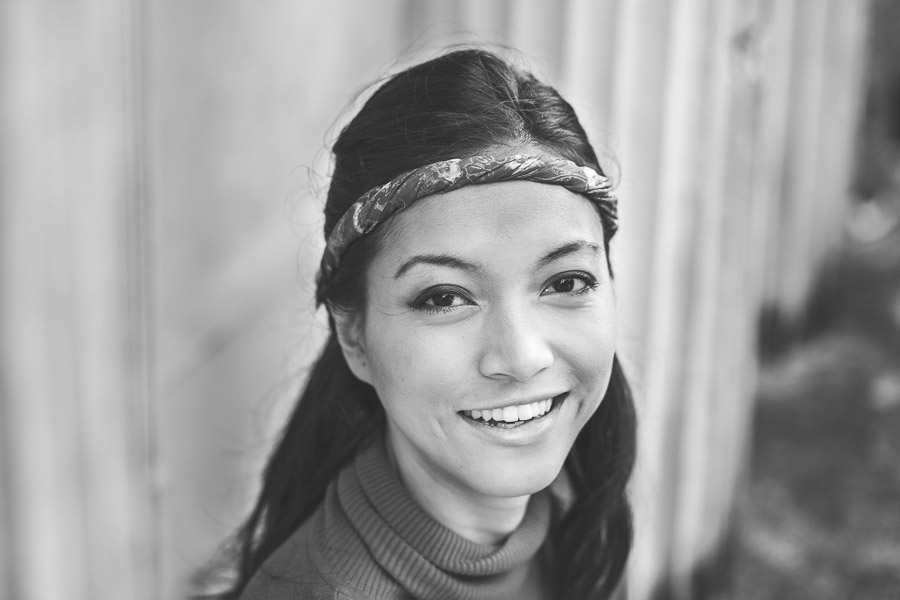 The second aspect of simplicity is achieved by using natural light rather than flash (all the portraits in this article were taken with natural light). You can take this further by working with one camera body and one lens.

Treat this as a suggestion, nothing more, but keep the key idea of simplicity in mind. For example, if you prefer to use two lenses, mount each one on a separate camera body (if you have a spare). That way you don’t waste time swapping lenses.

If you are a flash user, then try keeping your lighting setups as simple as possible. The key to this is getting to know your equipment well so you can set it up quickly without too much thought. Use one flash wherever possible unless you absolutely need to use more.

The two portraits below are a result of using the simple approach. In both cases I had one camera and one lens with me, and this enabled me to concentrate on talking to the model, observe the light and get the composition right. 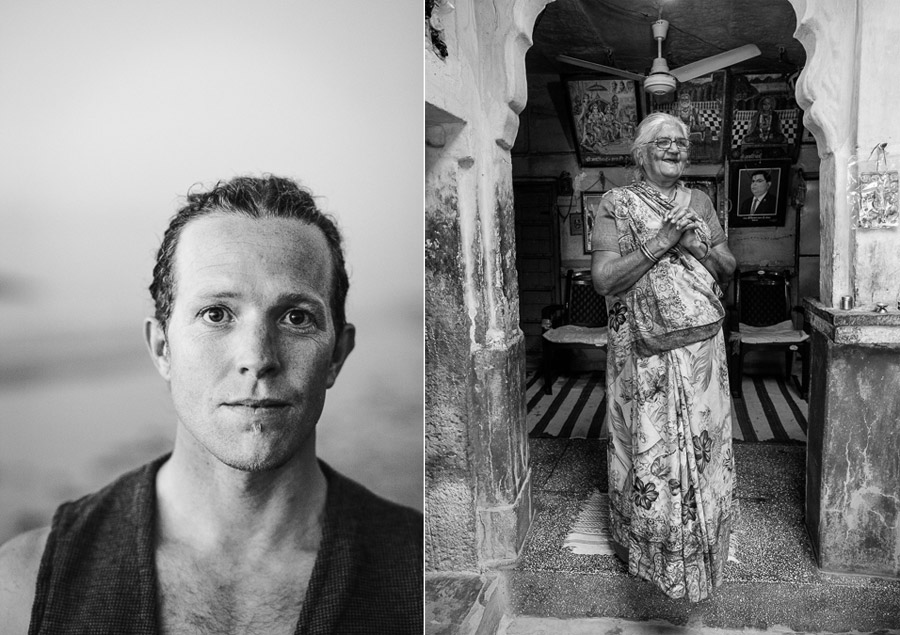 Tip #3: Capture emotion and expression in your black and white portraits

The reason the simple approach works is that good portraits require you to build a rapport by talking to and listening to your model. If you take the one camera, one lens and natural light approach then you can concentrate on building that essential rapport, rather than setting up equipment or deciding which lens to use.

This is important because ultimately it matters little if your composition and lighting are brilliant but your model seems bored or disinterested. It helps if you are genuinely interested in your model’s life. Ask her questions about what she does, what her hobbies are, and so on. Once you get going you will find interesting things to talk about.

But while you are doing so, pay attention to her expressions. What subjects make her eyes light up with enthusiasm? How does her expression change when you talk about different topics? What unconscious gestures does she make while talking about things she likes? Pay attention and try to capture those intimate moments that reveal character.

This portrait captures a moment of contact between the model and her horse. The expression came near the end of the shoot, after a conversation about her horses. 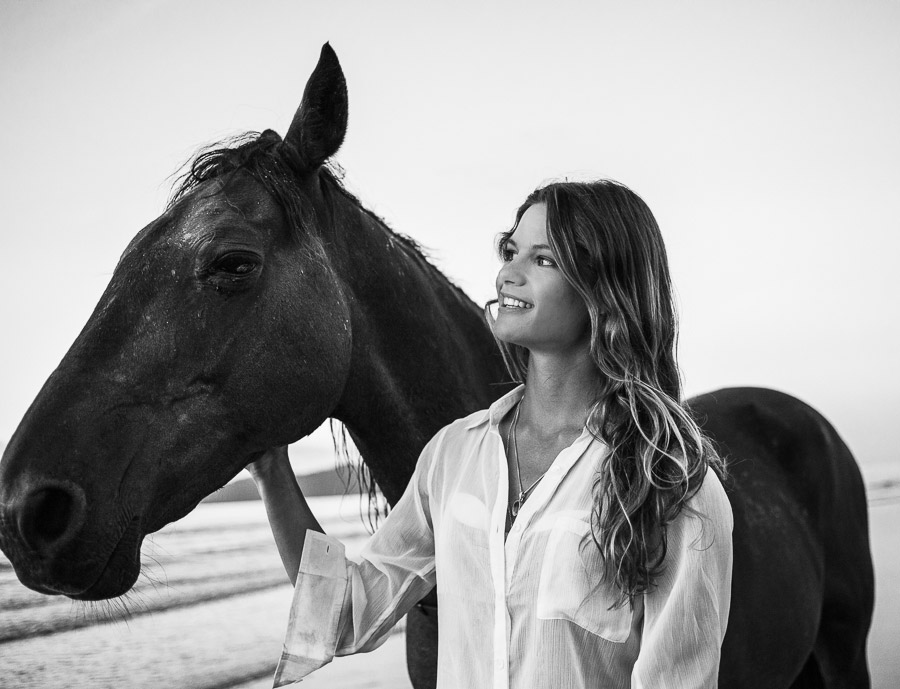 Learn how to take beautiful street and travel portraits with our popular ebook The Candid Portrait. The ebook has 20 easy to digest lessons, two case studies and hundreds of beautiful photos.