Low light photography can give you beautiful photos but working in it provides plenty of technical challenges. As a result you encounter practical problems like camera shake, focusing errors, lack of depth of field and noise caused by using high ISOs.

There are four main reasons why these problems occur.

In our last article we looked at some ways that you can work with low light in the landscape or with cityscapes. The basic premise was that you should use a tripod to allow you to use a low ISO and narrow apertures for good depth of field and image quality.

But what if your subject is portraiture or street photography? Or what if you’re working indoors where light levels are low but you can’t use a tripod (like in a museum)? In that case you need a different set of techniques to make the most of the conditions. 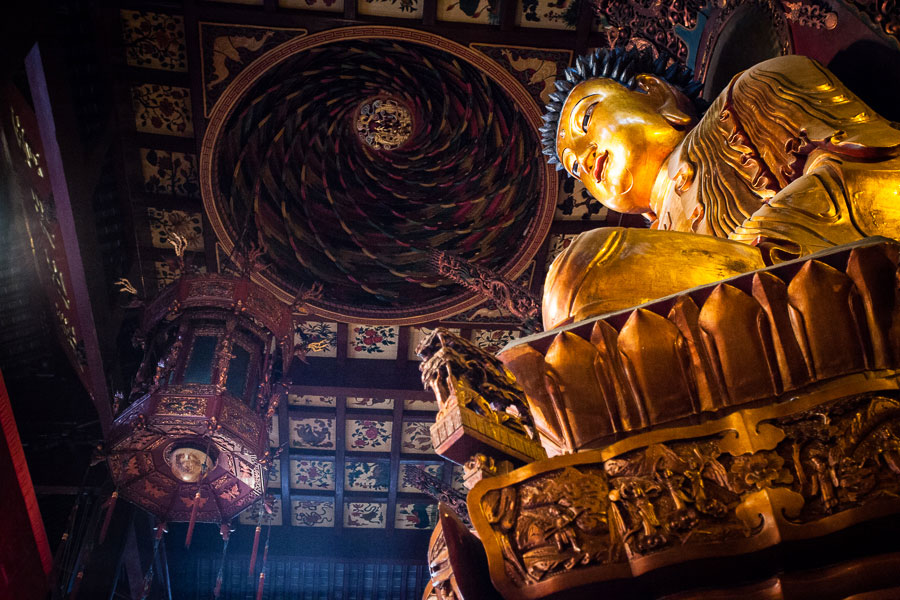 These are the techniques you need to use to take photos with a hand-held camera in low light.

Just like with landscape photography you should avoid the camera’s fully automatic exposure modes. The best mode to use is usually Shutter Priority as it lets you set the ISO and the shutter speed, and calculates the aperture required to give a good exposure. It’s important to be in control of the shutter speed because you need to make sure it’s fast enough to prevent camera shake at your chosen focal length.

This table shows you the recommended shutter speeds for using with different focal lengths. Cameras with smaller sensors require shorter shutter speeds as the apparent magnification caused by crop factor also enlarges the effects of camera shake. These figures are a rough guide only and are based on the standard advice that photography websites, magazines and books give for calculating shutter speed. In practice, many photographers use a shutter speed at least one stop faster. 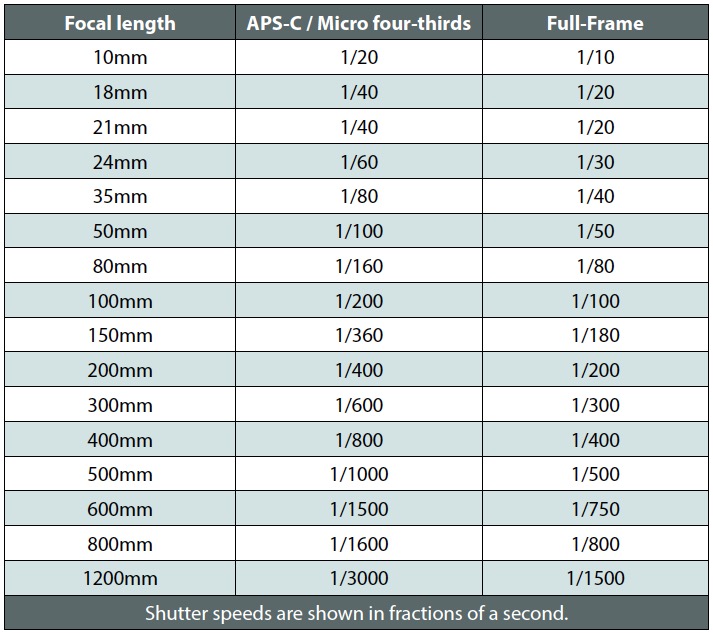 For example, I used a shutter speed of 1/180 with an 85mm lens to create both these photos. The first (left) was taken in a museum, the second (right) in a historical home. The low light meant that I also needed an aperture of f1.8 and ISO 3200 for both images. 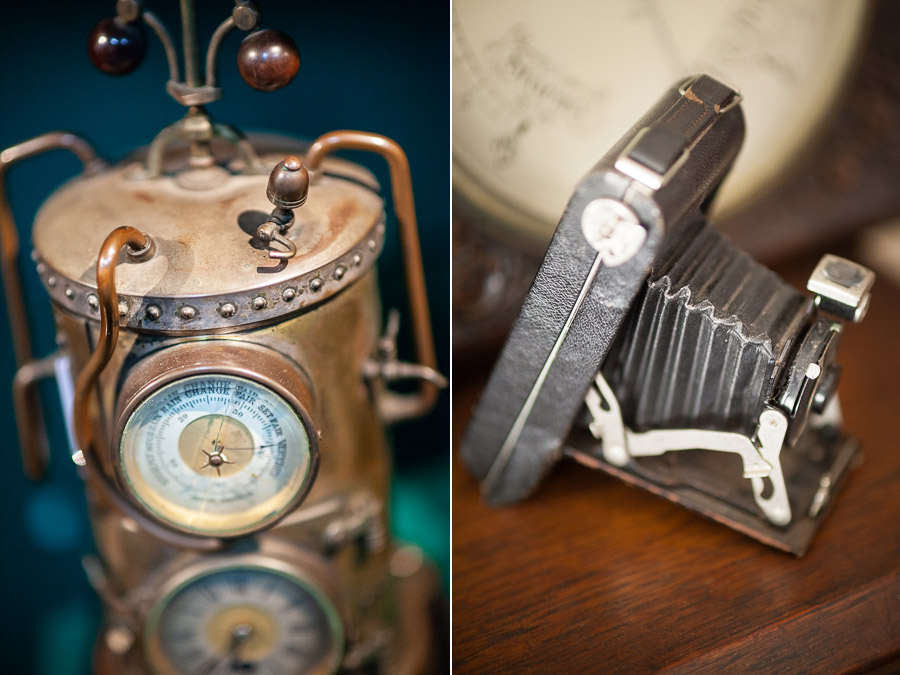 Another problem with fully automatic exposure modes is that on some cameras they may also pop up the camera’s built in flash in low light. There are several problems with built-in flash.

This doesn’t apply in circumstances where it’s more important to get the photo than to worry about its aesthetic qualities. If you’re photographing a friend or loved one in the dark, it’s better to use the flash and capture the moment, however bad the light, than not capture it all. But if you want to create beautiful photos, then you will want to either learn to use off-camera flash or make the most of the available light.

I made this photo at dusk using an off-camera flash with a softbox. There’s no way you can replicate this quality of the light in this image without the right equipment. 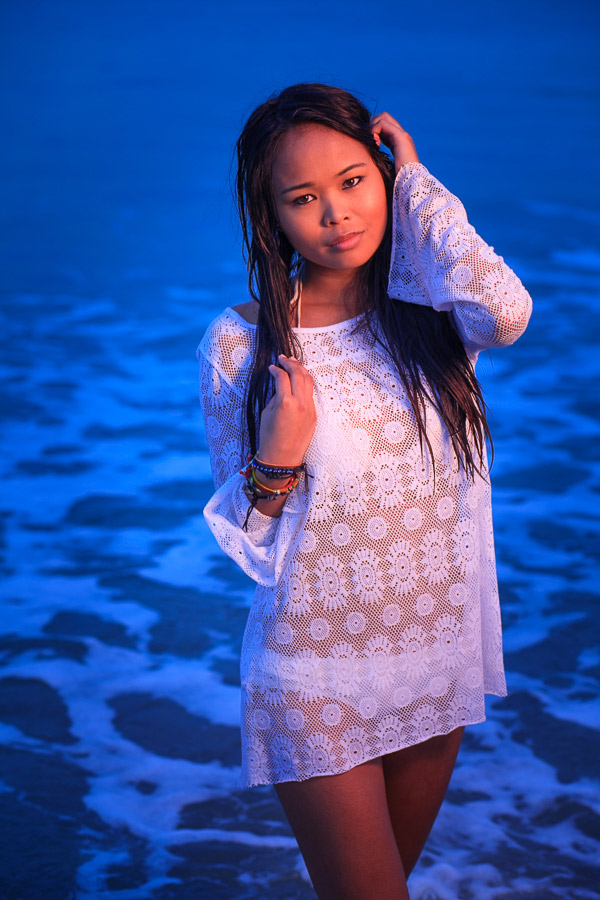 If you can’t use flash, then raise the ISO instead (see point 4). If there’s enough light (it’s helpful if you have a prime lens) you should be able to get some sort of portrait, even it is noisy. With luck, the noise will add to the atmosphere. 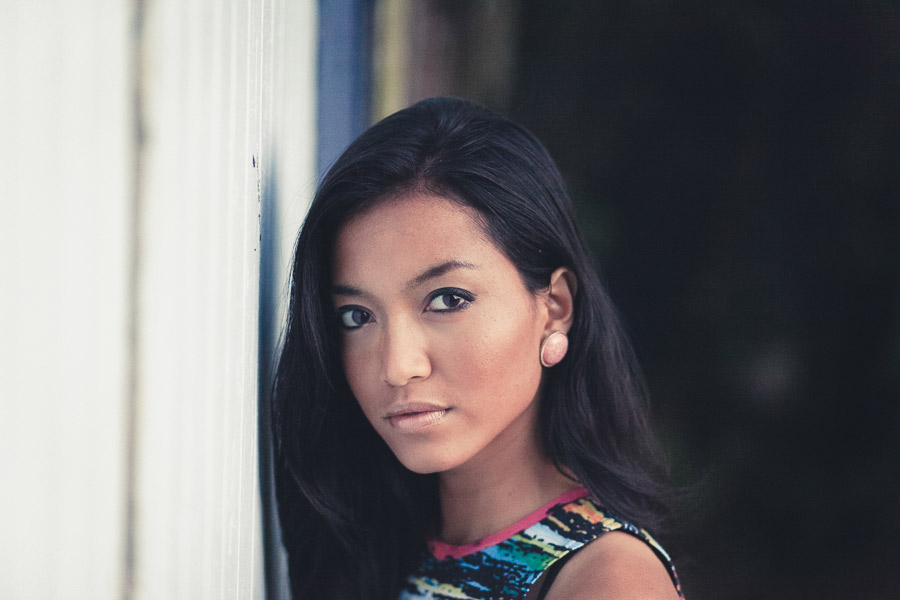 The second (right) was made indoors in a dimly lit temple. I used ISO 3200 and a shutter speed of 1/60 second at f3.6 to capture the scene. On-camera flash would have completely destroyed the atmosphere. 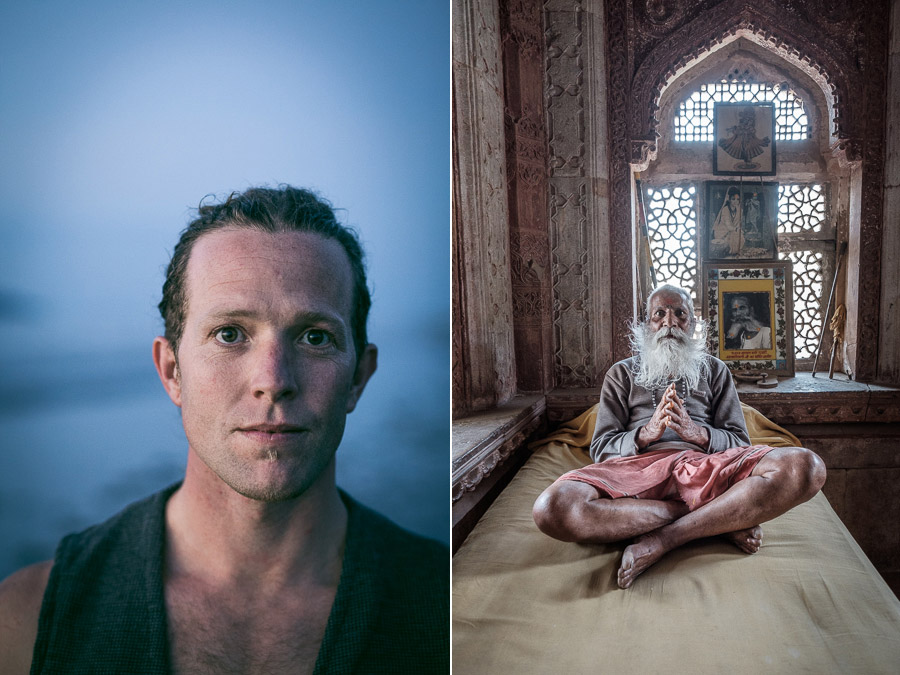 Other manufacturers, like Olympus and Panasonic, place the Image Stabilization mechanisms in the camera body. The advantage of this system is that it works with any lens.

If you’re not sure how Image Stabilization works with your camera then check your manual for the details.

Most Image Stabilization systems give you a four-stop advantage. Let’s look at what that means in practice. 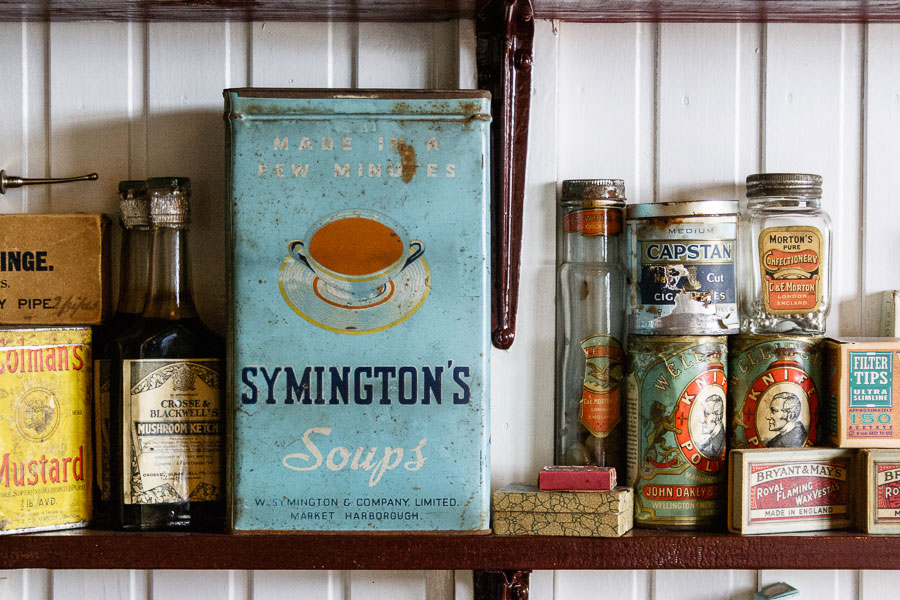 Most modern digital cameras give you excellent performance at high ISOs. It’s quite possible your camera is capable of giving great results at ISO 3200, 6400, or even higher. You won’t know until you try. This is another good reason for taking your camera off fully automatic. Now you can decide what ISO to use, rather than leaving it up to your camera.

The best thing to do is test your camera at all its high ISO levels to find your noise tolerance level. For example, you might find that ISO 6400 is the highest setting you’re comfortable using. Once you’ve decided this, you know the ISO range you can work with for your camera.

This photo is taken at ISO 6400, the highest ISO I’m comfortable using on my camera. I had to use the high ISO setting because the photo was taken in very low light. 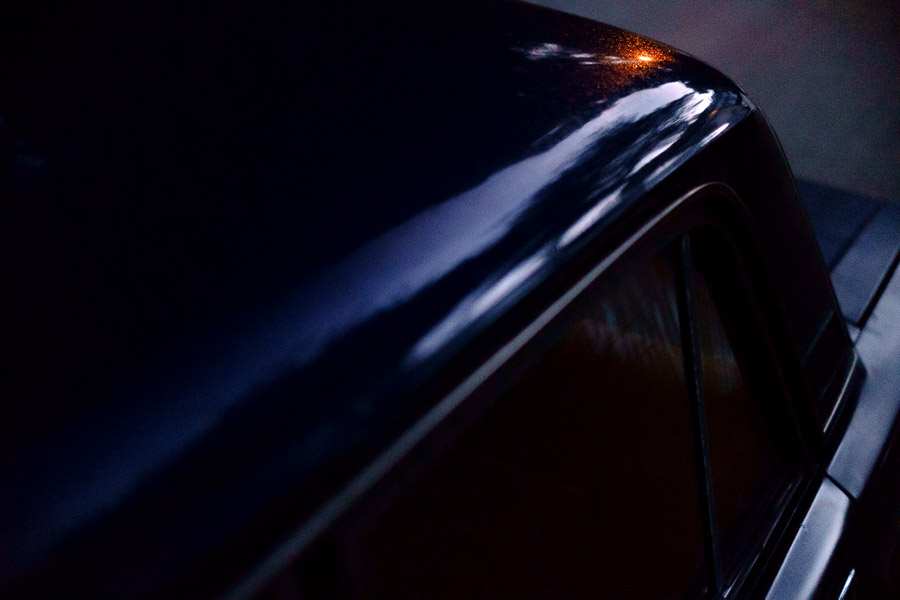 If you don’t have one already then it’s worth considering buying a prime lens. For example, most 18-55mm kit lenses have a maximum aperture of f/5.6 at the 55mm end. But on a 50mm prime lens that maximum aperture could be f/1.8 (or even wider). That’s a difference of over three stops (eight times more light), which means that you can take photos in much lower light conditions.

The only caveat is that there is much less depth of field at wide apertures. But you can use this to your advantage by exploring the use of bokeh in your low light photos. I made this photo of a Chinese lantern, taken at night, using an 85mm lens set to f2. 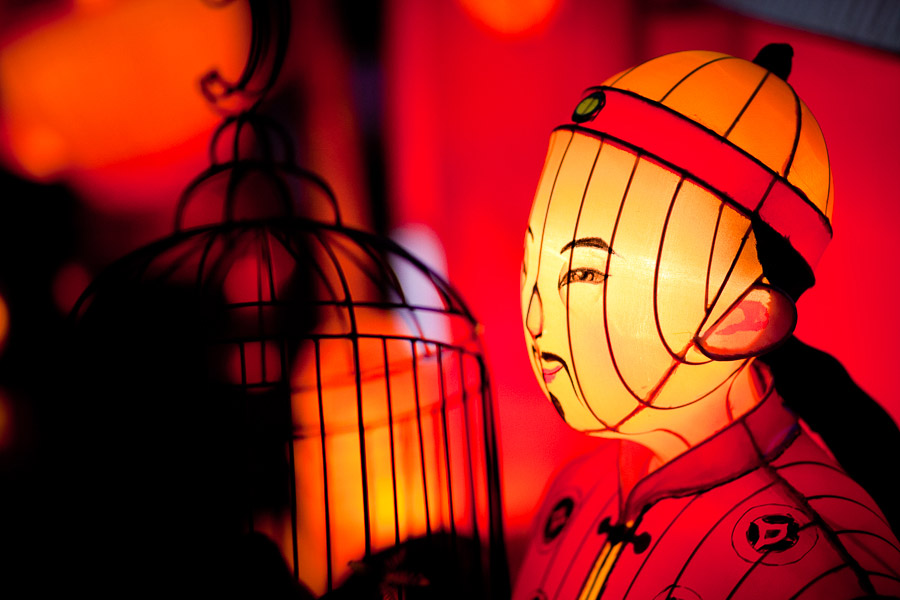 Modern autofocus systems are superb, but there are still times when they don’t work as well as you might want them to. One of those is in low light, especially with low contrast subjects.

That’s because in low light the subject may lack contrast, which in turn makes it harder for your camera to focus accurately. The lens may hunt for focus without achieving it and in some conditions you may be forced to switch to Manual focus. If this happens there’s no need to be concerned whether your camera’s autofocus is working properly – all that’s happened is that you’ve bumped up against its limitations.

It helps if you spend some time with your camera’s manual to understand exactly how it works. Here are the general principles to get you started.

Digital SLR cameras use phase detection autofocus (unless you’re in Live View, which is unlikely if you’re hand-holding the camera). Check your manual to see which of your camera’s autofocus (AF) points are cross-type. These are the most accurate and the only ones you should use in low light.

For example, this photo shows the cross-type AF points of an EOS 5D Mark IV camera. Any of these will work well in low light. 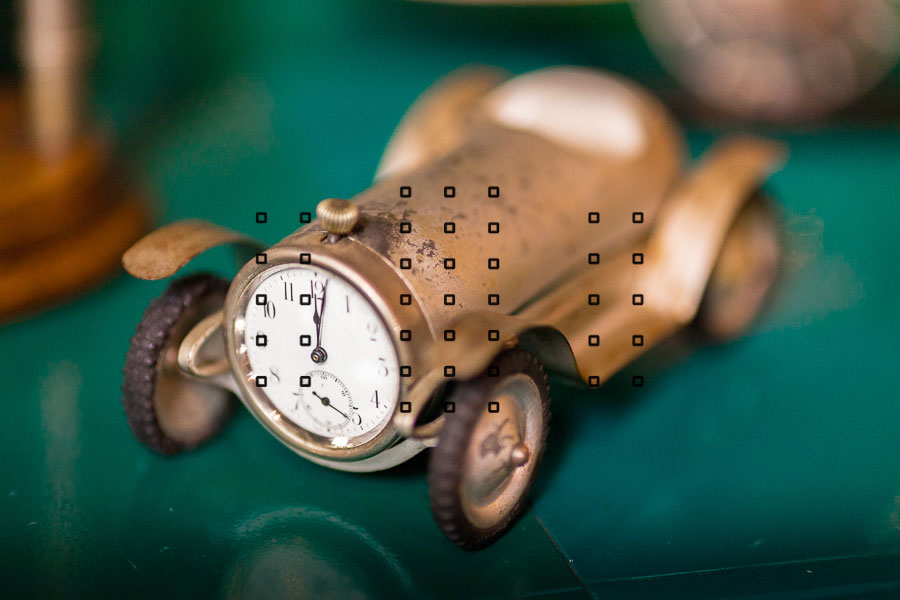 Mirrorless cameras use contrast detection autofocus (sometimes combined with a form of phase detection autofocus) and as a result all AF points are equal (although the ones in the center of the viewfinder may work better as more light reaches that part of the sensor when the aperture is wide open).

The lesson here is that you need to know which AF points on your camera work best in low light. Using these AF points helps prevent focusing errors.

This photo shows the AF point array of a mirrorless Fujifilm X-T1 camera. As you can see, the pattern is different from the EOS 5D Mark IV. 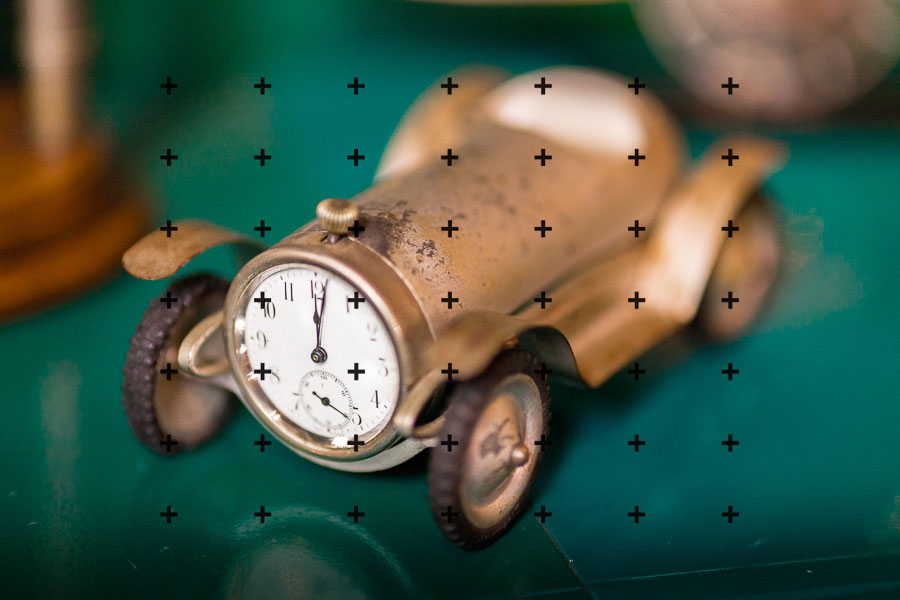 If you use prime lenses at wide apertures in low light and your digital SLR camera isn’t focusing where you think it ought to than that could be a sign that the autofocus needs testing and calibrating.

Working with a hand-held camera in low light isn’t always easy, but can be rewarding when it works out well. The quality of light in low lighting conditions helps you create evocative images full of mood. It’s worth spending time getting to grips with the technical side of low light photography so you can make some beautiful photos.

You can learn more about light in photography with these articles. 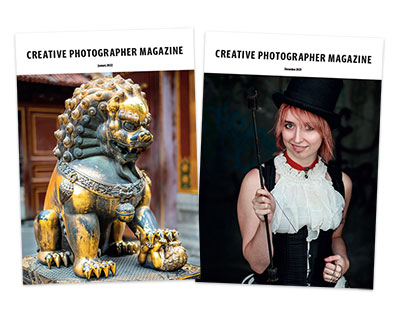